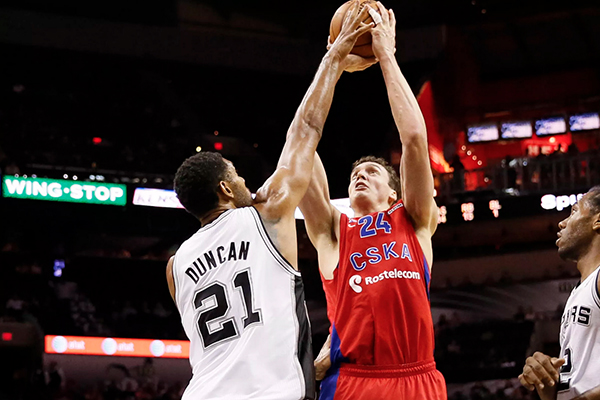 According to David Pick of Real GM, Russian center Sasha Kaun has verbally agreed to a two-year deal with the Cleveland Cavaliers. The terms of the deal have not been disclosed yet, but it will most likely be for a veteran’s minimum.

Kaun averaged a career-high 9.9 points, and was near his career bests with 4.5 rebounds and .9 blocks, while playing for CSKA Moscow last season.