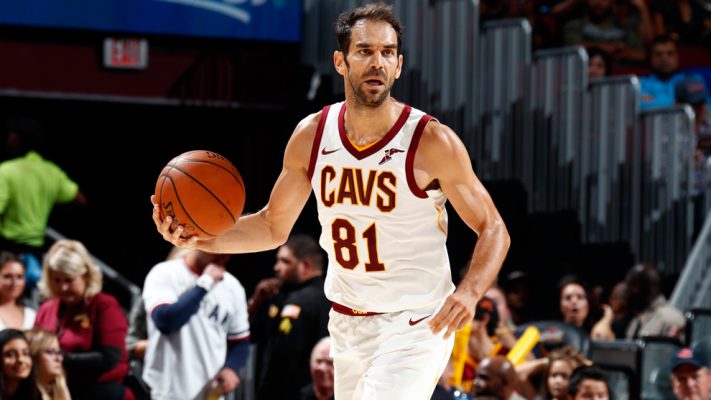 Within days of finding out that Cleveland Cavaliers superstar LeBron James had departed from the team to join the Los Angeles Lakers, Cavs fans will have to say goodbye to another member of last season’s roster.

That’s because reserve point guard Jose Calderon has agreed to a one-year, $2.4 million deal with the Detroit Pistons for the upcoming season.

The 36-year-old Calderon served as a serviceable veteran for the Cavs last season, as he started in 32 of his 57 games played.

With the Cavs clearly looking to prioritize their youth moving forward, and with the selection of University of Alabama point guard Collin Sexton, it’s clear that Calderon had no spot on the team’s roster for upcoming seasons.