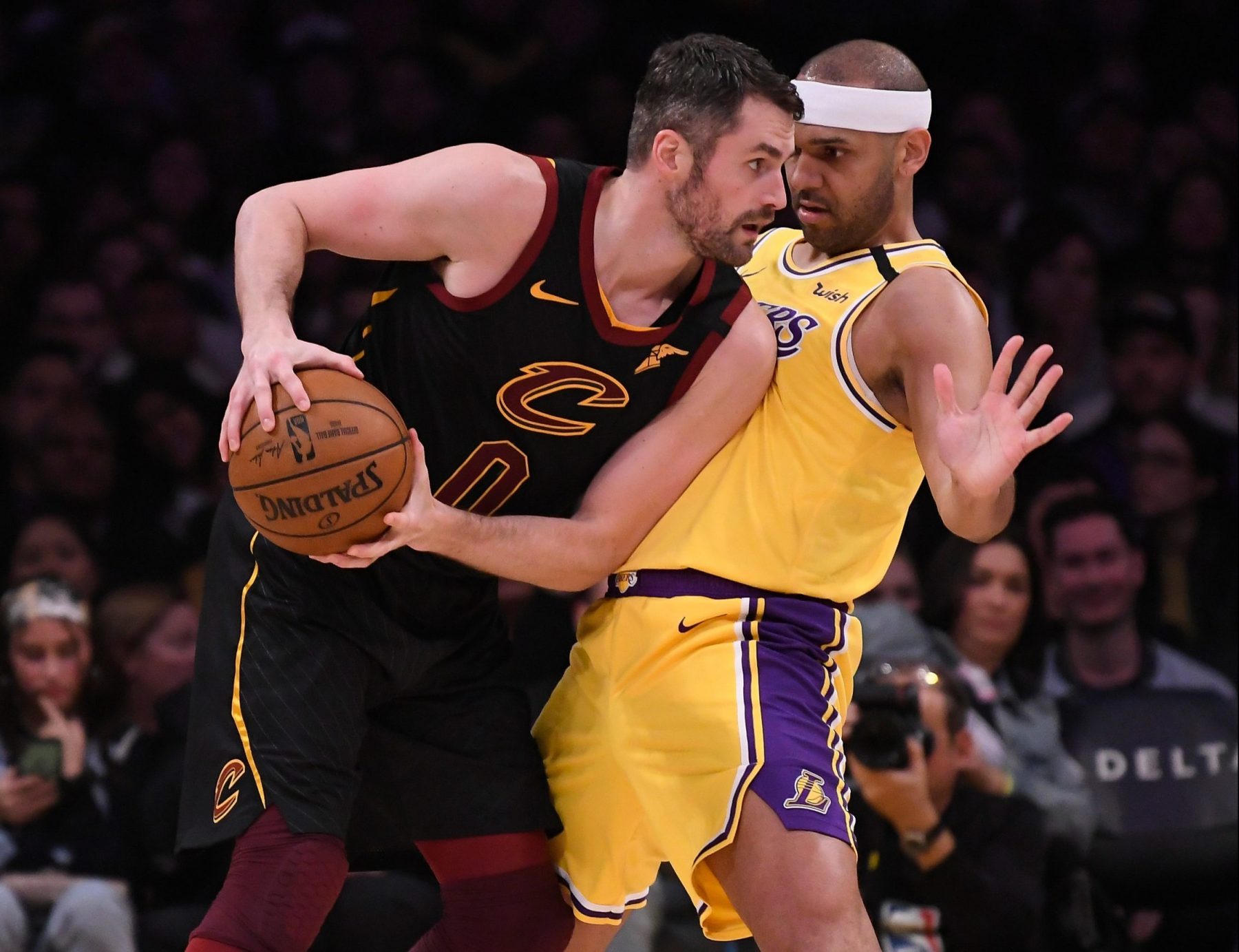 While he has been a consistent contributor on the stat sheet for the Cavs, his behavior has been somewhat erratic both on and off the court. That behavior has pointed to the now widely held belief that Love wants out of Cleveland.

Despite that, the veteran big man preached positivity prior to the Cavs’ game against the Los Angeles Lakers on Monday night.

"We just need to continue to trend in the right direction."@kevinlove on bringing momentum to LA: https://t.co/qlFU01RVPi#BeTheFight pic.twitter.com/CJcafC3t12

So far this season, Love is averaging 17.0 points and 10.4 rebounds per game. In the last few contests, he’s taken his production to another level.

In a Jan. 7 loss to the Pistons, Love enjoyed an offensive outpouring, finishing the night with 30 points.

In Saturday’s upset win over the Denver Nuggets, Love was one of three Cavs starters to finish with a double-double. He recorded 19 points, 15 rebounds and two assists in that game.

On Monday night, Love shined once again despite an ugly loss. He logged 21 points and 11 rebounds in the 128-99 defeat.

Perhaps Love’s uptick in production and positive mentality has to do with the fact that the Cavs recently asked him to make himself as attractive a trade piece as possible.

Adversely, it is also possible that Love has turned a corner and is truly happy to still be in Cleveland.

Whatever the reason, it’s good to see Love preaching positivity and displaying leadership qualities once again.