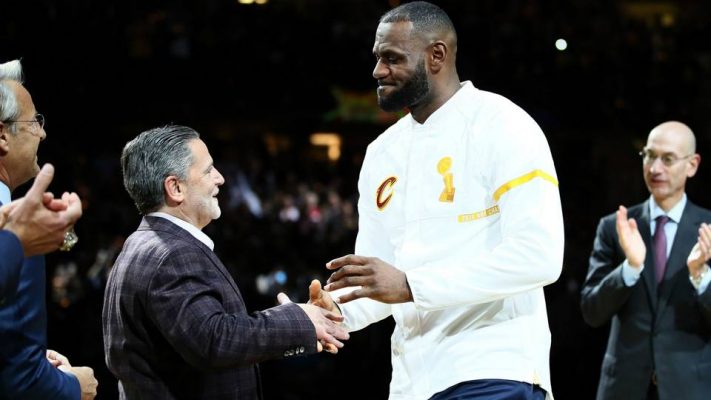 Cleveland Cavaliers owner Dan Gilbert has finally sent out an official statement after the announcement that LeBron James will be leaving the franchise to join the Los Angeles Lakers next season.

“We will always remember the evening of June 19, 2016 as the Cleveland Cavaliers, led by LeBron James, ended the 52-year drought delivering the long elusive championship that many thought they would never see. … A championship that united generations of Clevelanders, both living and passed,” Gilbert said in the statement, a far cry from his response eight years ago when James departed for the Miami Heat in 2010.

The complete statement from Gilbert can be found below:

Here’s a comparison of the two statements that Gilbert wrote after James’ move to the Heat and his recent decision to play for the Lakers:

Then & Now. The return of the King and a ring has matured Dan Gilbert. pic.twitter.com/wAVy5y96L6

The Cavs will surely miss James’ on-court presence, but the fans will always have the 2016 championship when the four-time MVP delivered on his promise to bring a title to the city of Cleveland.