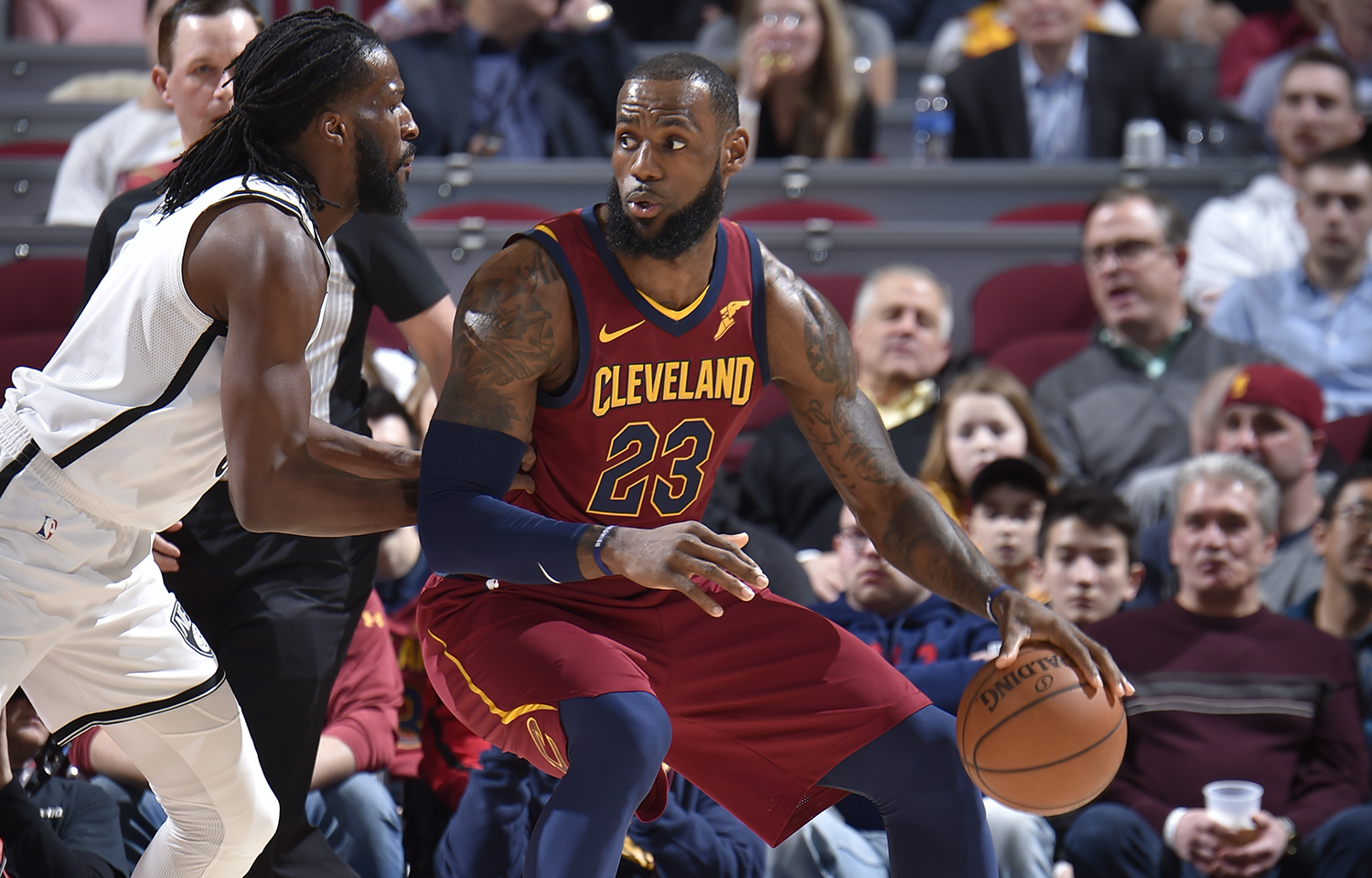 (Cleveland, OH) — Six free throws in the final 16.9 seconds helped the Cleveland Cavaliers finally put away the determined Brooklyn Nets in a 129-123 victory at Quicken Loans Arena on Tuesday night. The irony of that late success was that the Cavaliers had made just 11-of-21 from the line up to that point.

LeBron James, who collected his 67th career triple-double and 12th of the season, hit those first two free throws with 16.9 seconds to go, followed by a pair from George Hill with 13 seconds remaining. Larry Nance Jr. then closed things out with two more free throws with 2.7 seconds left.

“It was good, we executed on offense and got the stops we needed,” Nance said.

James also managed to add yet another accolade to his legacy by becoming the first NBA player ever to reach 30,000 points, 8,000 rebounds and 8,000 assists in his career.

“I’ve always prided myself on being a triple-threat player,” James said about his accomplishment. “I’m not a scorer, but I can put the ball in the hole. I rebound the ball to help my teammates both offensively and defensively, and I love to get my guys involved.”

Still, newcomer Rodney Hood‘s fourth-quarter performance of 11 points was key, highlighted by his three-point play with 40.2 seconds left that gave Cleveland the lead for good.

“It was a play that was just for LeBron and I was in the corner,” Hood said about his key basket. “The play kind of broke down and I just got the ball, stepped back, a shot I work on all the time, and it went in.”

As the fourth quarter began, the Cavs were clinging to a slim 94-91 lead against the 20-41 Nets. They then tacked on the first four points of the period to boost their advantage to seven. However, eight unanswered points gave Brooklyn the lead back with 8:52 to play. The two teams would then end up trading the lead back-and-forth before Hood’s heroics.

Jasmes finished with 31 points, 12 rebounds and 11 assists, while Hill tossed in 26 and dished out five assists. Kyle Korver delivered 18 points, while Hood and Jordan Clarkson each scored 14 on the night. Meanwhile, Nance managed to pick up a double-double with 10 points and 10 rebounds.

“We had some good, some bad, but we were able to figure it out,” James said immediately after the game.

The Cavaliers continue their five-game homestand on Thursday night when they welcome the Philadelphia 76ers for a nationally televised game on TNT. That fact means that the game will tip off shortly after 8 p.m. ET.