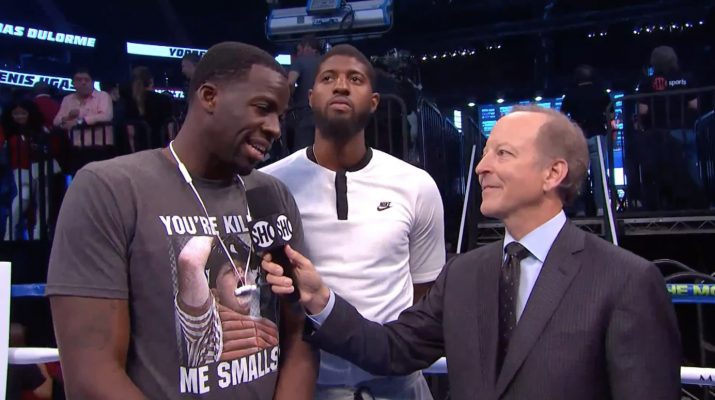 In the many comments offered about the trade between the Cleveland Cavaliers and Boston Celtics that sent Kyrie Irving to Boston and brought Isaiah Thomas, Jae Crowder, Ante Zizic and Brooklyn’s first-round pick next year to Cleveland, one regular voice on seemingly everything had yet to be heard.

That ended when Golden State Warriors forward Draymond Green offered his thoughts on the matter. Green spoke with Jim Gray of Showtime about the deal, saying that both teams were able to benefit:

“Then the Cavs getting I.T. (Thomas) and a top-five pick. But I think the underrated part of that trade is Jae Crowder, who’s on a team-friendly deal, one of the best perimeter defenders our league has seen and can also knock the shot down. Also want to wish Jae well, with his Mom passing yesterday. I want to send him my condolences.”

Green’s Warriors will again face the Cavaliers twice this year and for the third consecutive season will play them on Christmas Day and Martin Luther King Jr. Day. The Christmas contest will be in Golden State, while the MLK Day matchup will be at Quicken Loans Arena on Jan. 15.