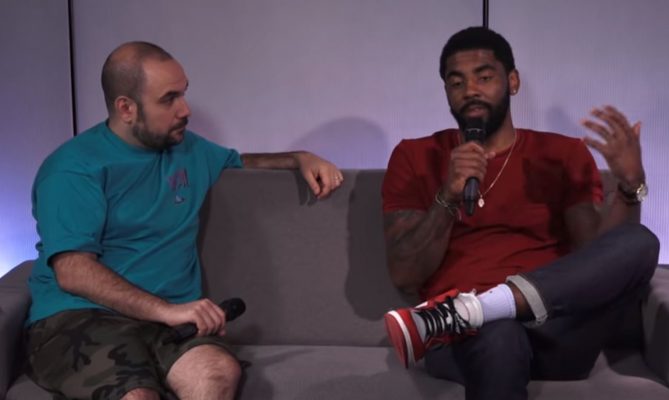 When Kyrie Irving stunned the Cleveland Cavaliers by requesting a trade last July, the reason offered was that he no longer wanted to play with LeBron James. That led to speculation that the two players were feuding, but Irving made clear his respect for James by saying that he should have won the NBA’s Most Valuable Player award.

Irving appeared on a Hot 97 radio program and spoke on a number of different topics. Among the issues discussed were the NBA Awards, which were handed out on Monday night. James lost out to Houston Rockets guard James Harden for the MVP award, despite a huge season that saw him play in every game and deliver outstanding performances all year.

Irving offers his opinion on the award at approximately the 12:30 mark:

Irving is currently rehabilitating a surgically repaired knee that prevented him from playing in the postseason with the team the Cavs eventually dealt him to, the Boston Celtics. The Cavaliers and Celtics engaged in a contentious seven-game battle during the Eastern Conference finals, with the Cavs winning at TD Garden in a pivotal Game 7 matchup.

Irving’s appearance was also connected to the opening of his new movie, “Uncle Drew,” which hits theaters this week.