Report: Cavs Have Good Shot at Kawhi Leonard Under One Condition 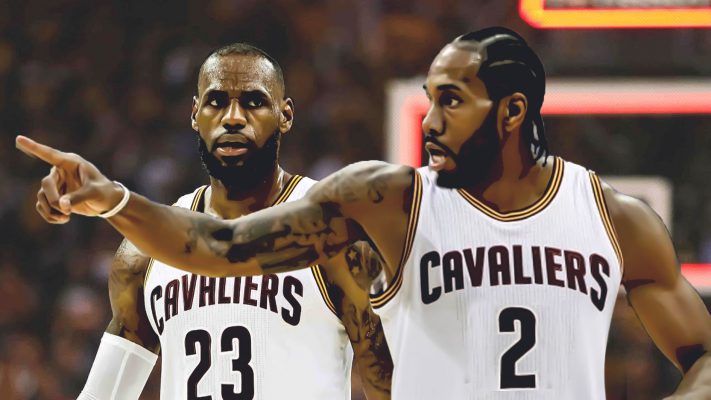 With rumors swirling that the Cleveland Cavaliers could be considering making a trade bid for disgruntled San Antonio Spurs forward Kawhi Leonard, exactly what that bid would entail remains a mystery. One potential answer could come during the NBA’s annual draft lottery next month.

While the Cavaliers would ordinarily not be in consideration for a lottery pick, they own the Brooklyn Nets‘ top selection in June, thanks to the Kyrie Irving deal with the Boston Celtics. Entering Saturday night’s action, the Nets have the seventh-worst record, but because the lottery selection among non-playoff teams isn’t guaranteed, that could conceivably move the choice into the top five.

Bleacher Report wrote that such a move could immediately get the Spurs interested in making a deal with the Cavaliers:

“If the Brooklyn pick falls in the top five, that puts Kawhi into play, because San Antonio’s going to want a ton,” one NBA scout told B/R. “You’d probably have to include a future first unprotected and San Antonio’s banking on LeBron leaving and the Cavs turning to s–t. That turns into a Brooklyn scenario and that unprotected Cleveland pick becomes gold. That’s really risky for [GM Koby Altman] to do.”

Acquiring Leonard could play a key role in helping convince LeBron James to stay with the Cavaliers, given that the veteran is expected to again enter the free agent market in July. While the Cavs would be unable to directly trade the pick to the Spurs due to NBA rules, they can come to an agreement in which the Spurs could choose the drafted player that the Cavs would then select.

When James returned to Cleveland four years ago, the Cavaliers had just drafted Andrew Wiggins. However, James made clear that he’d prefer to play with an NBA veteran in Kevin Love, with the deal completed the following month. Given the choice between an untested but talented rookie and a defensive standout who won NBA Finals MVP honors in 2014, it seems likely that James would prefer playing with Leonard.

Some concerns about the potential move are that Leonard has been limited to just nine games this season due to injury and that there’s no guarantee that James will stay if the move is made. However, the whole scenario might be rendered moot if the draft pick falls below the top five or San Antonio gets a better offer.