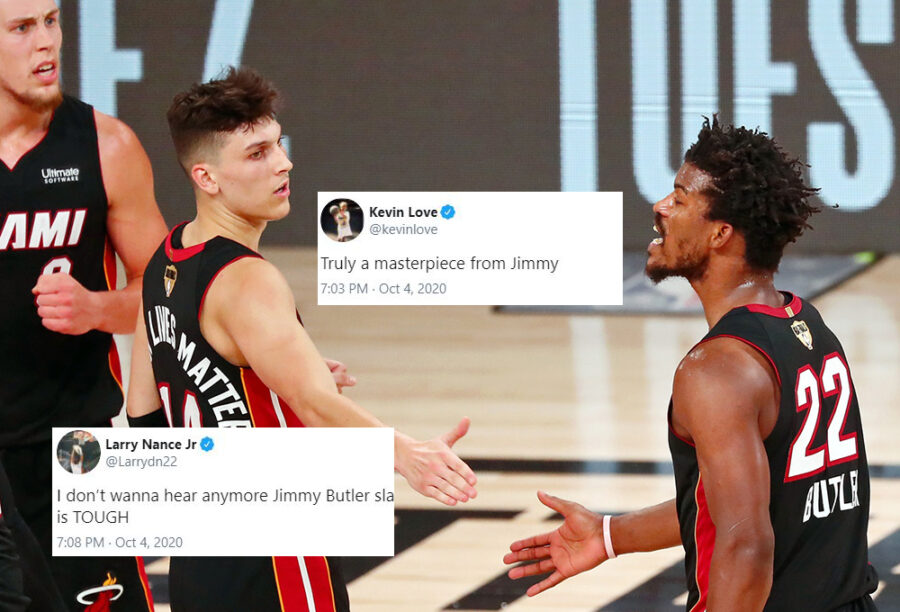 Truly a masterpiece from Jimmy

Love is no stranger to the Finals, as he played in four consecutive championship series from 2015 to 2018, winning the NBA title in 2016.

He would also know something about putting up big points and rebounds at the same time, as it’s something he did with regularity earlier in his career while with the Minnesota Timberwolves.

The Heat now trail the Lakers 1-2 in the Finals.