How Kevin Love Should be Utilized in the Cavs’ Offense 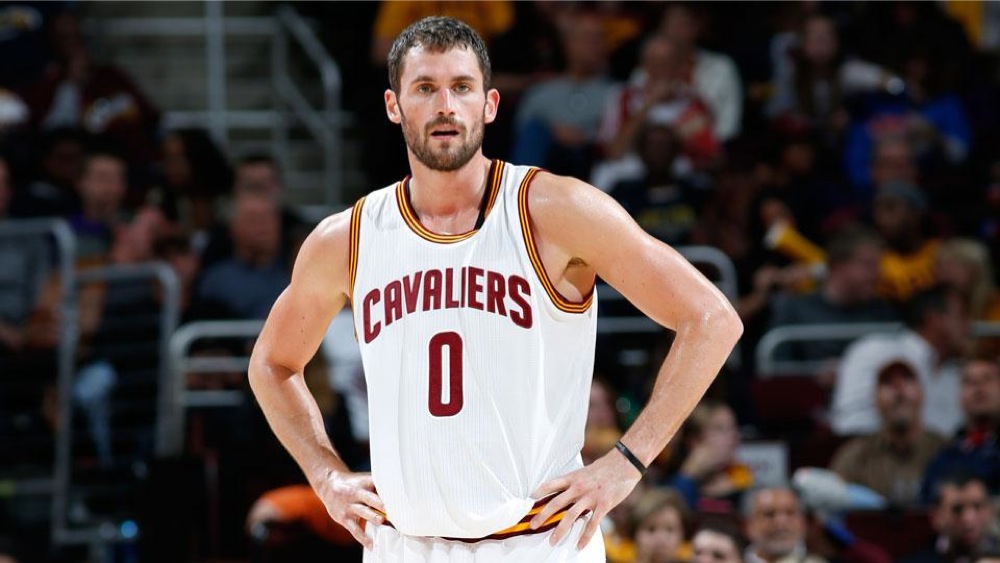 The Cleveland Cavaliers‘ acquisition of star power forward Kevin Love in the off-season immediately launched expectations of the Cavaliers’ season into the championship-or-bust stratosphere. With a trio of three young stars, the Cavaliers drew frequent, and perhaps flawed, comparisons to the 2010 Miami Heat team.

While the Cavaliers’ start has been far from terrible, the early returns have not been as rosy as some predicted. The team defense has been atrocious, and the offense, while promising in spurts, has been extremely inconsistent. The cherry on top of this disappointing cake has been a string of injuries, most importantly to Anderson Varejao (out for the year) and LeBron James (out for two weeks).

While the list of problems is extensive, there’s one that sticks out like a sore thumb, and that has been the up-and-down play of Kevin Love. While Love’s deficiencies on the defensive end have been well documented, his inconsistent play on offense has surprised many this year.

While comparing Love’s stats this year to last year isn’t exactly parallel given his changed role between teams, I thought there was an interesting disparity that may indicate a larger problem.

While Love is transitioning from the primary scoring threat on his team to a possible second or third wheel on any given night, it’s still surprising that Love’s play has been so inconsistent.

First, Love on the Timberwolves looks spry and decisive. It was surprisingly jarring looking back at his old game tape after watching him for 35 games in a Cavs uniform. He makes quick decisions in the post and on the move, and he takes shots with confidence.

Juxtapose this footage with Love in a Cavalier uniform and the difference is stark. He seems indecisive, and lacking confidence. He passes up on three pointers when his man is closing out on him, his hook shot is suspect, and he seems a step slow.

Part of Love’s struggles might be attributed to an undiagnosed injury. That would explain a lot of Love’s seemingly limited movement.

However, I feel as though the way Love is being utilized by first year NBA coach David Blatt is severely flawed.

In Blatt’s offensive sets, Kevin is often being used either as a spot-up shooter away from pick-and-roll action, or posting up on the low block with shooters spread along the weak side three-point line. These two uses almost completely limit the unique strengths that Love brings to the table.

When looking back at the Timberwolves tape, Love is often coming off of screens, working from the elbow, and utilizing more overall movement in his offensive game. It’s a significant contrast to the stationary game that Love is playing for the Cavaliers.

In order to really take advantage of Love’s strengths as a player, Blatt can’t continue to limit Love as he has so far. Love’s production has improved in recent games with Kyrie Irving and LeBron out, but there are still some easy fixes featuring Love’s unique talents that the Cavs have yet to implement.

The Timberwolves ran multiple plays using their center Nikola Pekovic to set floppy screens for Love along the baseline and flare screens out by the three-point line. These plays often forced the opponent into some tough defensive rotations and resulted in easy buckets. While these plays were definitely assisted by Pekovic’s ability to score in the post, LeBron and Tristan Thompson could easily play the Pekovic role by posting up the rotating defender, or cutting to the basket in a deadly two-man big action.

One thing that stood out on the Timberwolves tape was how much off-ball movement occurred during Love isolation plays. The Wolves used a lot of back door cuts and baseline sneaks to give Kevin opportunities to showcase his prodigious passing ability. The Cavs too often stand around the three-point line while Love goes to work on the block. If they can get more off-ball movement from strong finishers like James and Irving, then the Cavs can get some easy buckets while utilizing all of their strongest assets.

3. Get Love Out of the Low Post and Into the Elbow

The Cavs use of Love from the low post has significantly hindered his effectiveness in their offense so far this season. It limits the amount of space he has to utilize his many offensive skills. The Cavs have seen significant improvement in Love’s production in the last few games by having him face up from the elbow. This needs to continue when the reinforcements return from injury.

4. Let it Fly From Downtown

One thing Love has been doing a lot in his time with the Cavs that doesn’t jive with his Timberwolves days, is his hesitation to shoot from three with a defender closing out on him. On the Wolves, Love bombed from deep with abandon; so far on the Cavs, Love frequently hesitates in the face of the defense. He will often pump fake and drive before throwing it out to the perimeter or getting the ball poked away from him. He needs to get back to the big man gunner attitude that made him so successful in Minnesota. He’s a 6’10” giant with a quick jumper and a high-release, literally nobody outside of Anthony Davis will have a chance at blocking his shot. He needs to have confidence that his three-point shot is one of the deadliest weapons the Cavs have in their arsenal and take advantage of it when the opportunity presents itself.

Kevin Love is one of the most dynamic players in the game; he’s a unique talent that requires help to fully take advantage of the impactful skills that he possesses. If the Cavaliers can focus on establishing Love’s role within the offense, then I believe their offensive attack can reach the heights many predicted it would before the season.