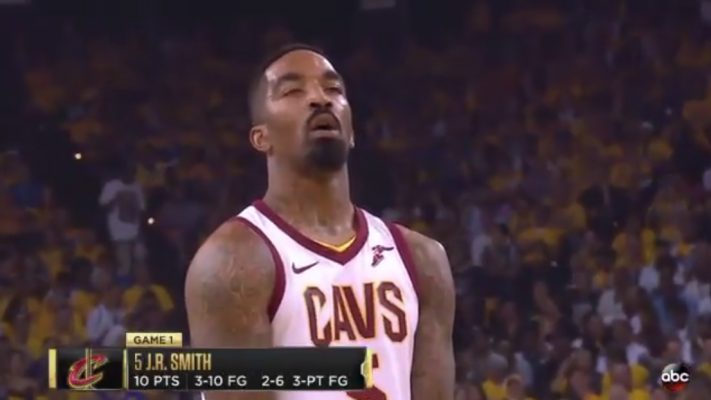 J.R. Smith has a lot of pressure to perform in Sunday night’s Game 2 of the NBA Finals after his infamous blunder at the end of Game 1 on Thursday. Unsurprisingly, the fans in a packed Oracle Arena are letting him know it.

When Smith was sent to the line midway through the first quarter, the crowd chanted “MVP” as he shot his free throws.

Considering how huge of an impact Smith had on the Warriors’ Game 1 victory, the chant is brutal, but accurate.

Other than the missed free-throw attempt, Smith hasn’t let the taunting get to him in so far. Late in the first quarter, he has already scored five points and is tied for the second most points in the game for the Cleveland Cavaliers behind LeBron James.

Hopefully the chants serve as motivation for a strong game from Smith and not a reason for choking under the pressure once again.