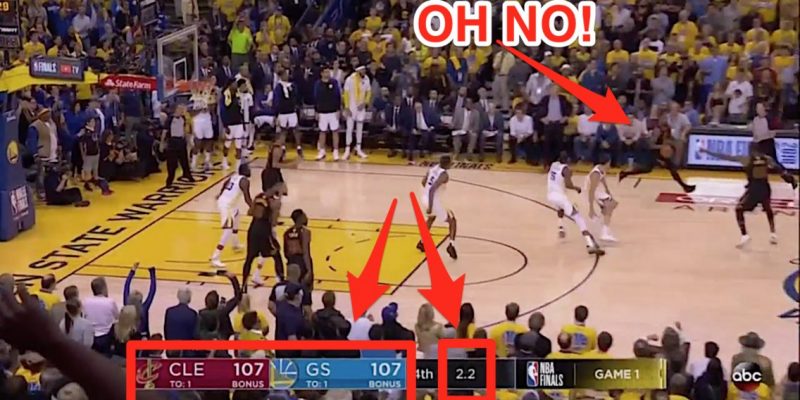 In a play that will be talked about for the remainder of the series and beyond, J.R. Smith‘s mistaken belief that he was running out the clock cost the Cleveland Cavaliers a golden opportunity to win Game 1 of the NBA Finals over the Golden State Warriors. Instead, the game went to overtime, where the Warriors controlled all five minutes and came away with a 124-114 victory.

Had to do it. The all time blunder in NBA history.

J.R. Smith forgetting what the score was is even better with "Titanic music!"

Cavs guard George Hill missed the second of two free throws with 4.7 seconds left, with Smith eventually getting the rebound. Inexplicably, he dribbled the ball away from the basket and a quick pass with time running out failed to deliver the winning basket. Immediately after the horn sounded, video of Smith talking to LeBron James indicated that he thought the Cavaliers had the lead. James was visibly upset and frustrated by the blunder.

Smith was already the target of the Oracle Arena crowd after inadvertently sliding into the Warriors’ Klay Thompson in the first quarter. Thompson appeared to have hurt his knee, but returned to the game by the end of the quarter.

For the night, Smith scored 10 points on 3-of-10 from the field and added six rebounds and two assists.