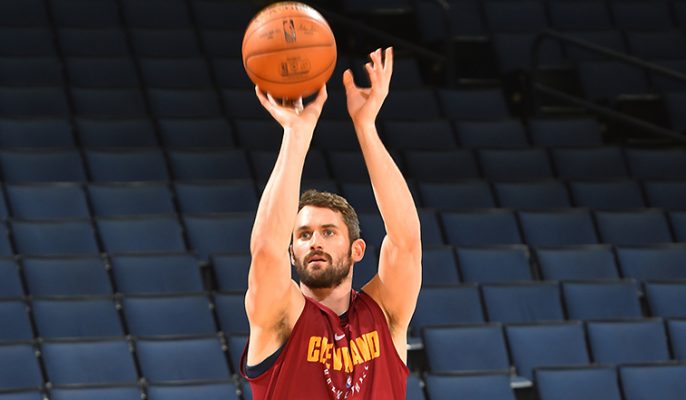 When the Cleveland Cavaliers face the Golden State Warriors in Game 1 of the NBA Finals, they’ll have a key piece of their lineup available to play. That’s because forward Kevin Love has been cleared to take the court for the contest.

STATUS UPDATE: @kevinlove has completed the NBA’s Concussion Return to Play Program and will be available to play tonight in #NBAFinals Game 1.https://t.co/Mi7Xicsh8k

Love has been dealing with a concussion suffered early in last Friday’s Game 6 Eastern Conference finals win over the Boston Celtics. He left the game after playing just five minutes and was ruled out of Sunday night’s Game 7 clash, though he did travel with the team and watched them clinch the series. Veteran Jeff Green started in Love’s place.

It’s uncertain exactly how much time he’ll be available to play, but his scoring punch will be needed to try and stop the heavily favored Warriors. Two years ago, he suffered a similar injury in the Finals, but returned in time to help the Cavaliers complete a historic comeback and win the franchise’s first title.