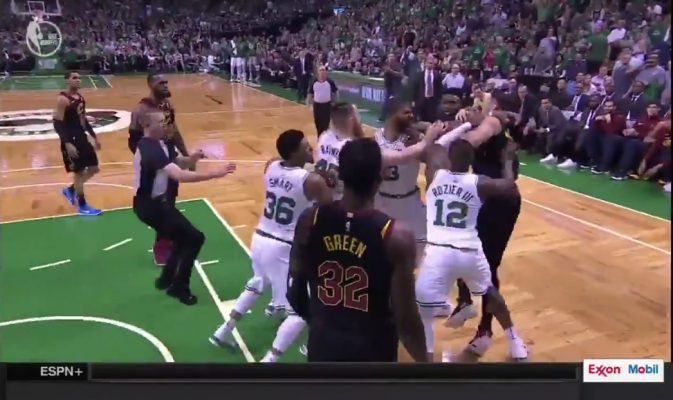 With Cleveland Cavaliers on the receiving end of a 27-7 run by the Boston Celtics in Game 5 of the Eastern Conference finals, a play involving Larry Nance Jr. and the Celtics’ Marcus Morris nearly sparked an on-court brawl with just under 11 minutes left in the second quarter.

The Morris Twins will be waiting for Larry Nance outside the locker room after the game pic.twitter.com/EGnfibaBf1

Nance was in the midst of trying to score when Morris pushed him to the ground. Adding to the fuel, Morris then taunted Nance, who retaliated with a push that caused the game to be stopped. Both were assessed technical fouls, with Boston’s Terry Rozier also being given one.

Morris has had a longstanding reputation of volatile behavior, with the Cavaliers hoping that serves as a spark for what’s been a slow start to the contest.