Jordan Clarkson Disses Donald Trump After Latest Coronavirus Comments: ‘This Is the Dumbest S–t I Heard’ 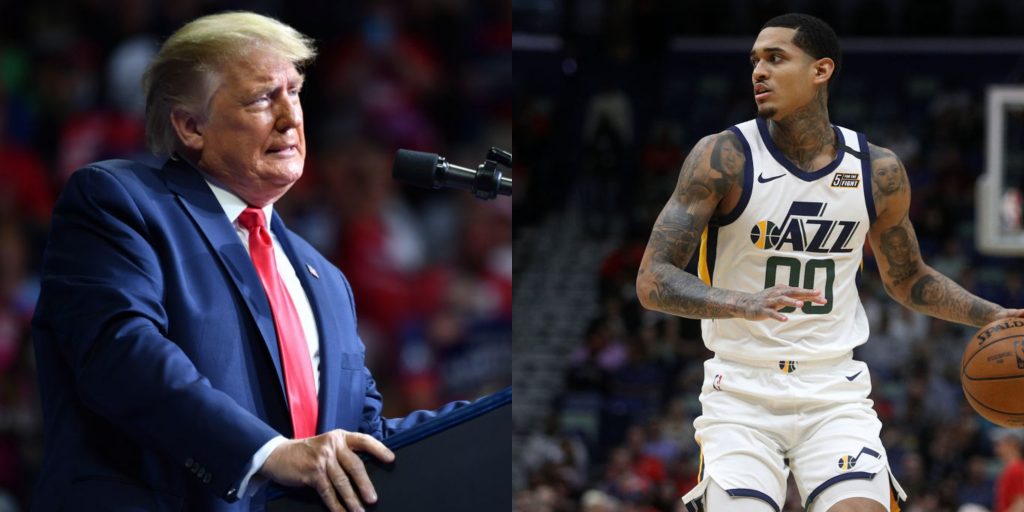 Clarkson took to Twitter to react to some of the president’s words during his rally.

idk what smoke they got in the white house? but this the dumbest shit i heard https://t.co/nFMRrcf5Sj

Countless NBA players have been critical of Trump and his divisive speech practically since he entered office in 2016.

Perhaps most notably, Clarkson’s former teammate LeBron James has been very open about his disdain for Trump on numerous occasions.

Back in 2017, James called Trump a “bum” after he disinvited the Golden State Warriors from celebrating their NBA championship win at the White House.

While 6,200 supporters watched Trump in an arena that was prepared to host over twice that, audiences close to either of those numbers won’t be able to watch NBA stars for quite some time.

While the NBA is set to resume in just over a month, the stands at the Orlando, Fla. bubble will be empty.

Based on what experts are saying, it seems possible that the 2020-21 season also takes place in empty arenas.