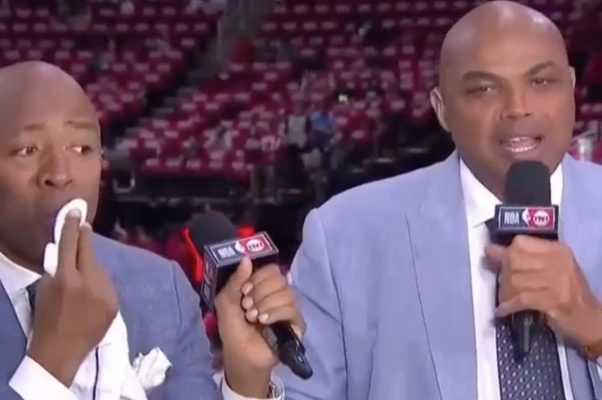 The seeming lack of concern shown by Cleveland Cavaliers forward LeBron James about his team’s situation following Game 1 of the Eastern Conference Finals against the Boston Celtics caught the attention of TNT commentator Charles Barkley. On Monday night, Barkley offered a stern warning that suggested James needed to reassess that mindset.

“You said you ain’t worried… You better get damn worried.” Chuck has a message for LeBron ?

These remarks from James after the Cavaliers’ 108-83 loss on Sunday were what sparked Barkley’s furor:

“Game 1 has always been a feel-out game for me. I got a sense of how they are going to play me and I can make some changes going into Game 2. We’ll see ways we can be better and get our offense into a better rhythm.”

James’ former teammate, Shaquille O’Neal, attempted to offer a rebuttal to Barkley’s comments by noting that the Celtics had only won a single home game, with three more victories necessary to win the series.

The weak performance by the Cavs in Game 1 has been compared to their opening first-round playoff loss to the Indiana Pacers on Apr. 15. In that 98-80 defeat, Cleveland also quickly fell behind by double-digits and was never able to recover. Just as in their loss to the Celtics, the Cavaliers shot miserably from long-range against the Pacers, connecting on just 8-of-34 from beyond the arc.

Three days later, the Cavs bounced back with a 100-97 win. Most notably, James was the central component in that victory, scoring 46 points and grabbing 12 rebounds, while shooting 17-of-24 from the field. Another effort like that on Tuesday night could quickly wash away any lingering whispers about the Cavaliers’ chances in the series.