Cavs News: Draymond Green to Be Suspended for Game 5 of NBA Finals 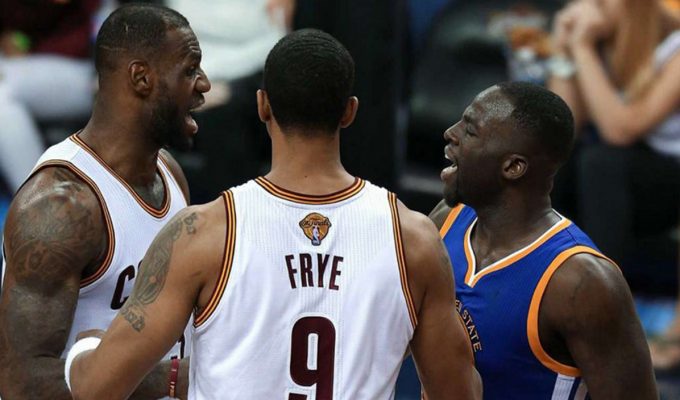 Early Sunday afternoon, the NBA announced the suspension of Golden State Warriors forward Draymond Green for Game 5 of the NBA Finals in connection with his scuffle with the Cleveland Cavaliers’ LeBron James during Game 4 on Friday night.

Chris Haynes of Cleveland.com announced in a tweet that Green would be suspended and also noted that James would be assessed a technical foul:

Both Green and James were involved in a scuffle late in Game 4, with James saying in postgame comments that he didn’t expect Green to be punished.

Green’s absence may help the Cavaliers in their extremely difficult comeback effort of having to win the next three games of the finals. Down 3-1, the Warriors have the opportunity to win their second straight title with a win on Monday night.