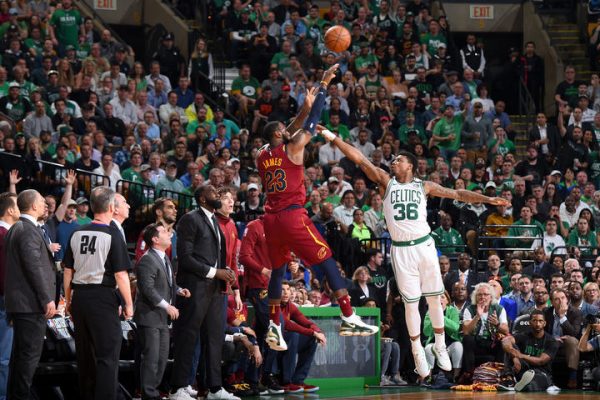 Cleveland Cavaliers forward LeBron James has been the unquestioned leader of the team in both of his tenures. In Tuesday night’s Game 2 of the Eastern Conference Finals against the Boston Celtics, James used that leadership mantle to set a new NBA record, the latest accolade in his storied career.

.@KingJames has became the only player in @NBA history to ever score 1,000 points against one team in the postseason. (Elias) #StriveForGreatness pic.twitter.com/hm3WYBN3hb

James’ 21 points accounted for 78 percent of the Cavaliers’ total points in the opening 12 minutes, helping give them a 27-23 lead when the period had ended. Coming one game after the Cavs struggled mightily from beyond the arc, James managed to drill four 3-pointers in the quarter.

Having competed against the Celtics during the postseason on many occasions, James’ ability to deliver against them has stamped him as one of the biggest clutch performers in league history. That skill helps explain his newest record.