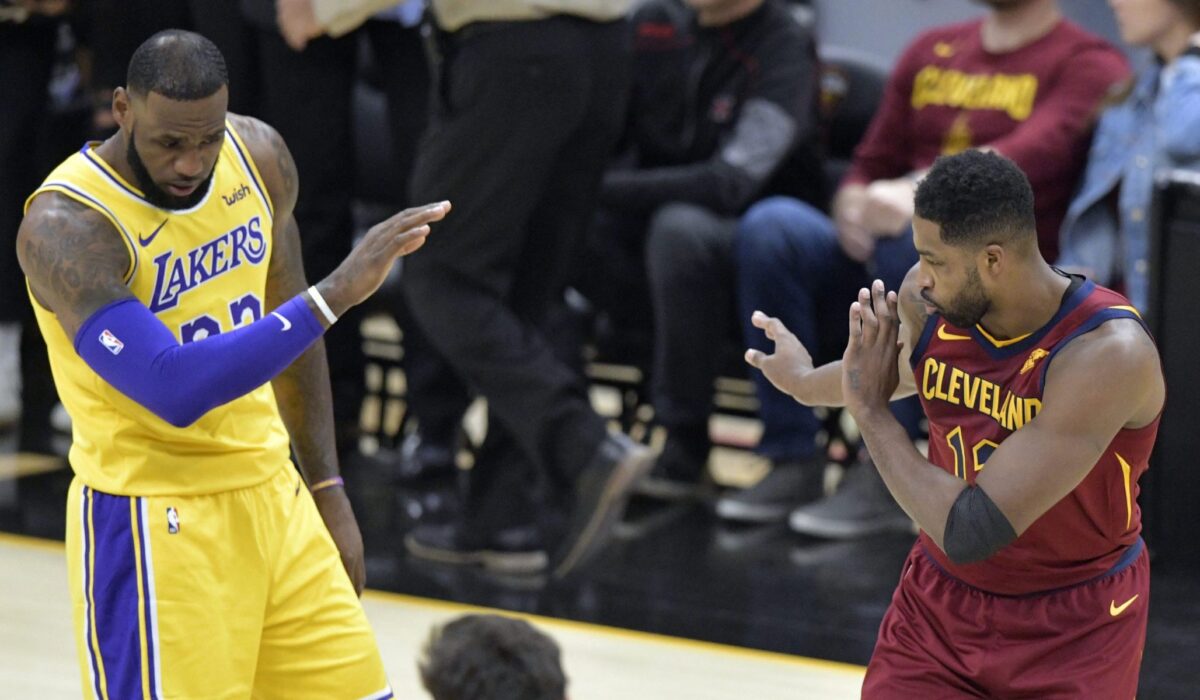 Former Cleveland Cavaliers superstar LeBron James elevated his legacy on Sunday night by leading the Los Angeles Lakers to an NBA championship over the Miami Heat.

Kevin Love and Tristan Thompson, his former teammates in Cleveland, gave their congratulations to the Akron, Ohio native on social media. 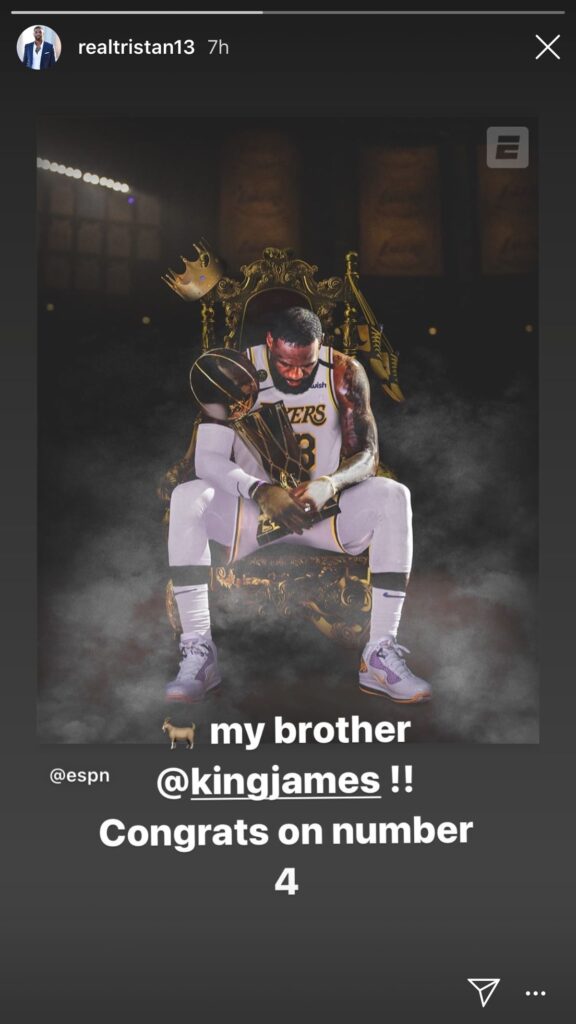 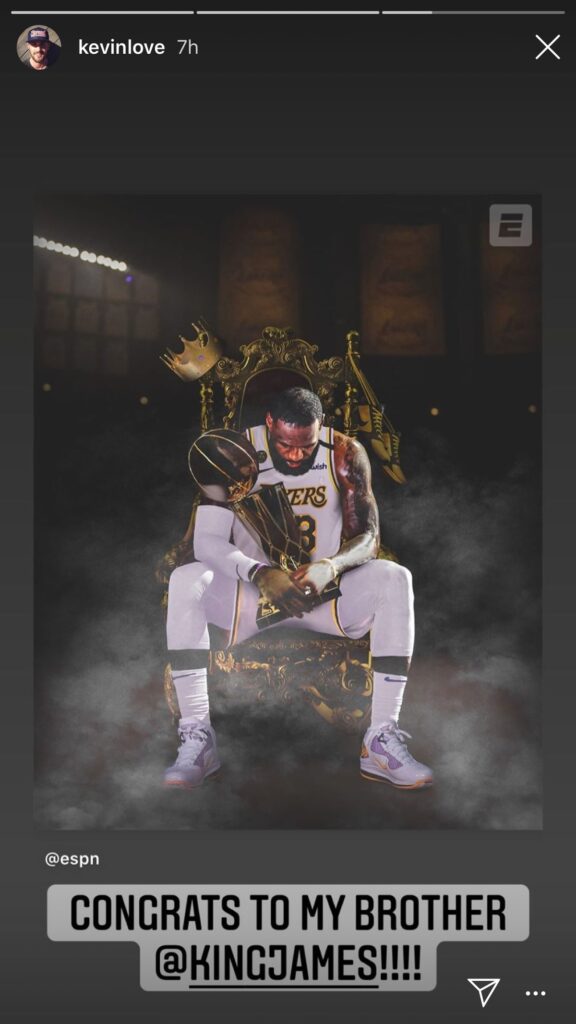 When James joined the Cavs in 2014, the team traded No. 1 overall draft pick Andrew Wiggins to the Minnesota Timberwolves for Love in an attempt to field a championship-ready team with a star trio of Love, James and Kyrie Irving.

The Cavs succeeded in that goal.

They reached the NBA Finals in each of the next four seasons, capturing the championship in 2016.

Thompson, meanwhile, earned himself a hefty new contract following his blue-collar effort in the 2015 NBA Finals.

Although James left Cleveland in the summer of 2018, his contributions to the city and its sports scene will never be forgotten.