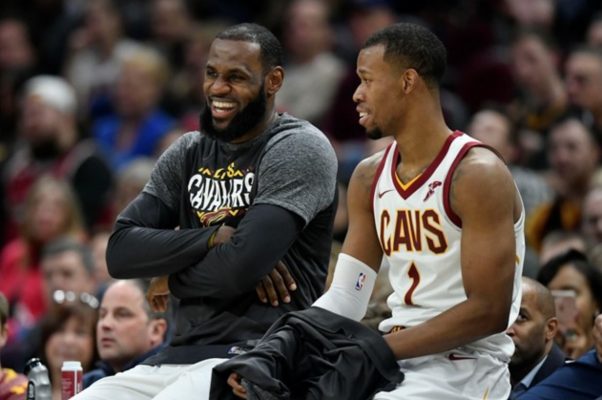 After the resumption of practice following two days of rest, it’s apparent that the Cleveland Cavaliers have moved on from the controversy over Rodney Hood‘s refusal to enter the Game 4 clinching of their series against the Toronto Raptors on Monday night. That was evident from Hood’s description of the reaction of his teammates and comments from both Kevin Love and head coach Tyronn Lue.

Hood indicated that those teammates actually laughed about his apology, given the chaos that’s been a large component of their entire season. Meanwhile, Love noted that Hood’s decision was an aberration from what he’s witnessed in the three months that Hood’s been a member of the Cavaliers. In addition, Lue chuckled as he compared the situation to previous ones that he’s seen during both his playing and coaching career.

In looking ahead to Cleveland’s upcoming matchup with the Boston Celtics, Hood mentioned that his focus is on winning a championship ring. How much impact he has on making that happen remains to be seen, though Lue indicated that Hood had a solid game against the Celtics earlier this year.

That contest was Hood’s first in a Cavaliers uniform, when he and his new teammates jolted the Celtics on their home court in a 121-99 rout on Feb. 11. In 19 minutes, he finished with 15 points and three rebounds, connecting on 6-of-11 from the field. Similar performances throughout the next few weeks will help pretty much eliminate any more focus on his decision-making process.