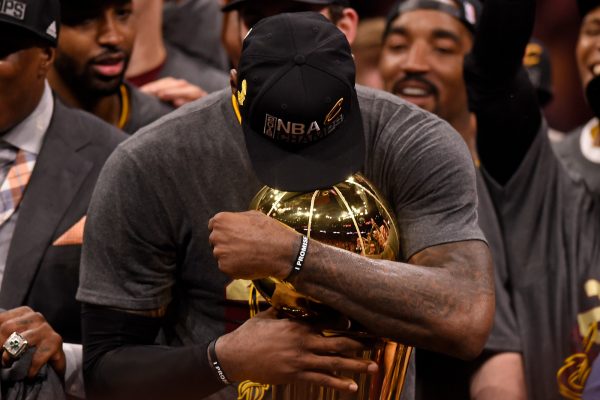 LeBron James is officially no longer a member of the Cleveland Cavaliers, but that doesn’t mean that the city of Cleveland loves him any less.

Unlike the first time James left the Cavs in free agency back in 2010, this latest departure has a completely different feel.

That’s primarily because James managed to do exactly what he set out to do when he re-joined the Cavs in the summer of 2014. He brought an NBA championship to Northeast Ohio.

The sentiment of gratitude mixed with sadness was expressed perfectly by the popular the Plain Dealer, which devoted its entire front page and sports page to honor the former Cavs star.

Every season of James’ second tenure with the Cavs was impressive, but his final season was truly special. In the 2017-18 regular season, the four-time NBA MVP was able to overcome off-court distractions and huge roster turnover on his way to averaging 27.5 points, 9.1 assists, and 8.6 rebounds per game. His level of play only improved once the playoffs began as he carried the Cavs to their fourth straight NBA Finals appearance.

Despite his departure, James’ impact on the entire organization will likely be felt for quite some time. While the pain of not having James anymore will be unavoidable in the coming seasons, considering the reactions to his departure throughout Cleveland, it seems many agree that it was all worth it.