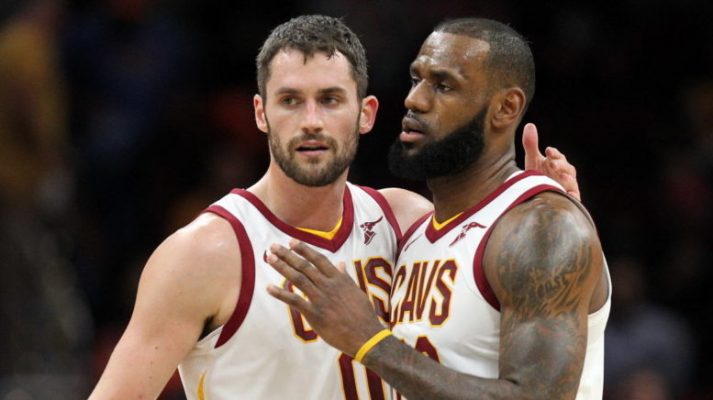 The Cleveland Cavaliers‘ dominating 128-110 victory in Game 2 of the Eastern Conference semifinals against the Toronto Raptors had the fingerprints of LeBron James all over it. Yet, despite tossing in 43 points, dishing out 14 assists and grabbing eight rebounds, James spent a good portion of the postgame interview extolling the contributions of his teammates, specifically citing the effort of Kevin Love.

Love scored 18 of his 31 points on the night during the first half, which helped the Cavaliers stay close during the first half. Trailing 63-61 at the break, the Cavs broke the game open during the third quarter and then put it away in the fourth, outscoring the Raptors 67-47. Love was also strong on the boards with 11 rebounds.

The Cavaliers now head back home with a commanding 2-0 advantage and would not have to return to Toronto if they win their next two games at Quicken Loans Arena. The first of those contests takes place on Saturday night, with the game tipping off just after 8:30 p.m. ET.

cleveland cavaliersfeaturedkevin lovelebron jamesnews tickerToronto Raptors
← Previous Story Video: Jordan Clarkson Vows to Find His Way in These Playoffs
Next Story → J.R. Smith Explains Why It Can Be Difficult Playing With LeBron James