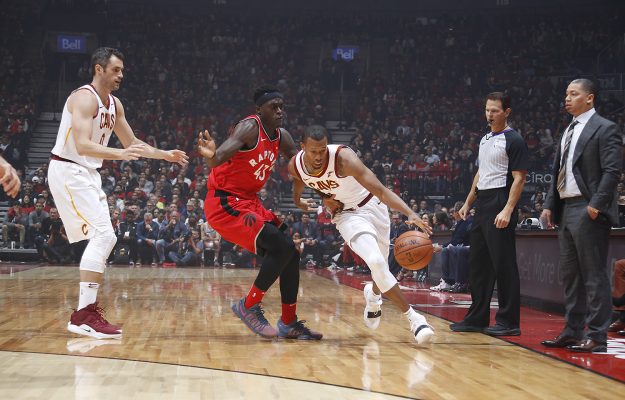 Despite the Cleveland Cavaliers having stated that they have no plans to tank the 2018-19 NBA season, that belief isn’t shared by all of their fans and members of the media.

One insider has indicated that the course of the season and what takes place at the start of 2019 will likely determine the road taken by the Cavs.

I’ve seen a lot of #Cavs fans discussing the tank and perhaps even showing some frustration with the Cavs not wanting to go that way immediately. It may still end that way. Look at January. That schedule is insanely brutal. It will probably guide the approach at deadline.

Last season, the Cavaliers drastically revamped their roster at the deadline in an effort to shake the team out of their doldrums and reach the NBA Finals for a fourth consecutive year. That was accomplished, but with the July departure of LeBron James, the plan of attack this season is much more modest, with a simple playoff berth being the basic goal for a rebuilding franchise.

That 15-game January schedule includes the Cavaliers’ longest road trip of the season and is the month before the trade deadline. By the time that month ends, the team will have played 52 games on the year, more than enough time to gauge the level of progress the it has made.

If the team is floundering at that point, contending teams will likely be looking at some of the Cavs veterans as possible trade options. One of the most likely Cleveland players to fall into this category is veteran point guard George Hill, given the fact that the team drafted rookie Collin Sexton in June to eventually take over his position.

Of course, this heightened concern about the Cavaliers’ situation comes in the wake of the team’s season-opening loss in Toronto on Wednesday night. That defeat came on the road against the team that had the best record in the Eastern Conference last year and with the Cavaliers missing veteran shooting guard J.R. Smith and center Larry Nance Jr. from the lineup. Those factors may be reason enough to at least temporarily hold off on discussions of tanking for the time being.