Maverick Carter Gives Incredible Insight Into How LeBron Spends $1.5M on His Body 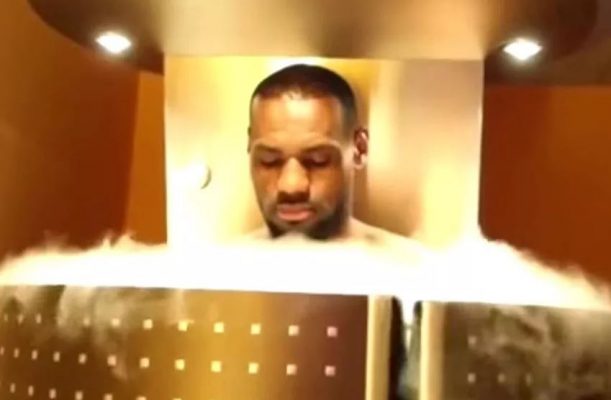 A typical NBA player in his 15th season has likely endured a tremendous amount of wear and tear on his body, which usually means that retirement isn’t too far away. However, in the case of Cleveland Cavaliers forward LeBron James, the aging clock has seemingly stopped and been sent in reverse, with the veteran having an MVP-caliber campaign.

How the 33-year-old James has been able to defy Father Time might be a mystery to some and cause cynics to mumble about it somehow being chemically enhanced. Yet James’ close friend and business manager, Maverick Carter, gives clear evidence that the future Hall of Famer makes a steep annual investment that helps keep him in tip-top shape.

Mav Carter says LeBron James spends ~$1,500,000 per year on his body. He uses cryotherapy, hyperbaric chambers, NormaTec leg boots, etc. He also has personal chefs, trainers, etc. He has a strict routine and diet. He invested in his body, so he can still dominate at 33 years old.

The payoff on that investment was on display during the month of February, when James averaged a triple-double. In addition, the fact that earlier this season he became the first NBA player to score 30,000 points, grab 8,000 rebounds and hand out 8,000 assists for a career and shows no sign of slowing down might be cause for jaws to drop.

Prior to Sunday’s victory over Brooklyn in which he scored 37 points, James had season averages of 27.4 points, 9.1 assists and 8.6 rebounds per game and has started each of the Cavaliers’ 73 games this season.

Of course, James’ financial investment in staying fit is just a small portion of the $33.29 million he’s earning this year. That number will be even higher next season after he most likely signs a new contract, though the team in question remains uncertain. Add in the Forbes estimate of $55 million that he makes in endorsement money and James’ reasons for putting in the time to remain in peak shape are obvious.