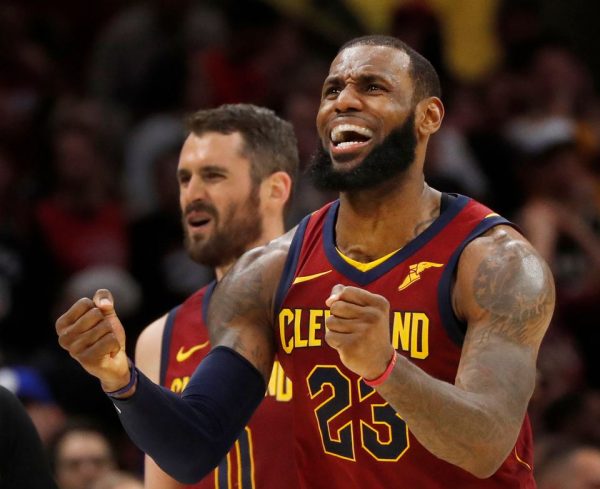 The NBA has not seen a performance quite like what we witnessed at Quicken Loans Arena on Wednesday. It was LeBron James at his finest, dissecting the defense as only he can for twos and dishing to the open players for threes.

And he didn’t turn the ball over once.

At the end of the game between the Cleveland Cavaliers and Toronto Raptors, James had 35 points, 17 assists and zero turnovers. It’s the first time in NBA history since turnovers were recorded individually, that any player had at least 35 points and 15 assists with no turnovers.

His Cavaliers teammates couldn’t believe what he had accomplished, especially since James is averaging a career-high 4.3 turnovers per game this season. Larry Nance Jr., Kevin Love, and Jordan Clarkson were among those who marveled at the four-time MVP’s accomplishment, taking to Twitter to express their amazement.

These players see James every day and yet he continues to do something almost every game that takes them by surprise.

Associate coach Larry Drew, who has taken over the coaching responsibility from Tyronn Lue, has been around the league for a long time and even he was astounded:

“I’ve never seen anything like it,” said Drew. “It’s just amazing what he does, night in and night out. How he sustains it is just mind-boggling.”

James added seven rebounds and one steal in 39 minutes of play.

More important than James’ individual recognition was that the Cavs won the game 132-129 for their third straight victory and fourth in the last five games.