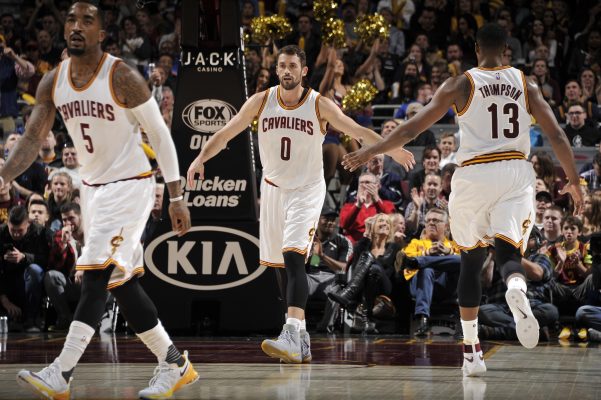 The likelihood of Kyrie Irving patching up his differences with the Cleveland Cavaliers was considered a longshot from the time that Irving informed Cavaliers owner Dan Gilbert on July 7 that he wanted to be traded. Despite those steep odds, it’s apparent that some Cavs players wanted Irving to keep wearing a Cleveland jersey.

Dave McMenamin of ESPN noted that the efforts made by the unnamed players were compared to the Los Angeles Lakers‘ successful efforts to retain Kobe Bryant after he had made a similar trade request a decade ago.

“Multiple Cavs players told ESPN they hoped Irving would remain on the team, believing they could work out their differences like a family and have another crack at beating the Warriors together,” McMenamin wrote.

That effort to change Bryant’s mind resulted in three consecutive Finals appearances and back-to-back NBA titles for the Lakers in 2009 and 2010.

McMenamin also cited an unnamed Cavaliers player who indicated that the opportunity that Irving has in Boston won’t necessarily fulfill his desire to be the unquestioned leader on a talented Celtics team:

“I was hoping Ky was going to get to lead a team,” one Cavs player told ESPN. “See what it’s like to have the entire franchise on his back.”

While that won’t be the case in Boston, Irving will still need to stay healthy and work on some of the flawed aspects of his game. Celtics fans are no doubt expecting the point guard to lead them back to the Finals, where they haven’t been since 2010, and where they haven’t won since 2008.