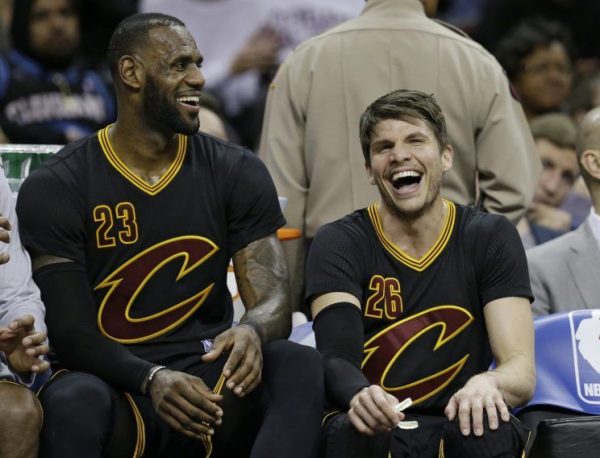 Cleveland Cavaliers shooting guard Kyle Korver left the team on Tuesday after the tragic passing of his younger brother.

While the Cavs will surely miss Korver’s talents on the courts in Wednesday’s matchup against the Toronto Raptors, there is no doubt that everyone in the organization knows that family comes first. LeBron James echoed that sentiment after Wednesday’s shootaround and sent his sympathy and prayers to his teammate and the entire Korver family.

“I don’t have any siblings, so I can’t relate,” James said. “But I do have sympathy not only for my brother, but for his family. It’s tragic for him to lose a little brother in the fashion that it happened. My prayers go out to the Korver family and everyone that has anything to do with his family.

“I hope he takes as much time as he needs to get back to himself, which won’t happen obviously overnight or in the next couple months or maybe in the next few years. The healing process starts now and we’re part of his support group. He has a lot of support here. What else can you say, it sucks.”

Korver missed last week’s win over the Chicago Bulls to be with his brother, but then returned to the team to play in Monday’s game against the Milwaukee Bucks.

It is still unknown when Korver plans to return to the team, but it is clear that James and the rest of the Cavs organization knows that being with his family right now is what matters most.