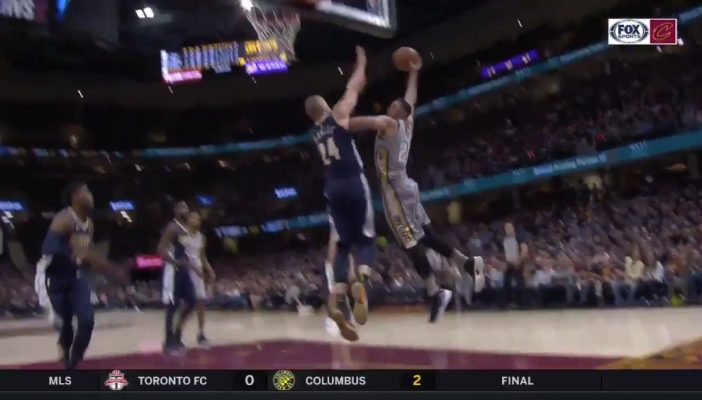 Newly acquired Cleveland Cavaliers forward Larry Nance Jr. is currently giving his team a much-needed spark off the bench against the Denver Nuggets as he currently has 14 points and five rebounds in just eight minutes of action.

His play was highlighted by maybe the dunk of the year as he went up to deliver an absolutely devastating dunk on big man Mason Plumlee.

Despite Nance Jr.’s contributions, the Cavs have dug themselves into an early hole against the Nuggets and will look to turn it around in the second half.