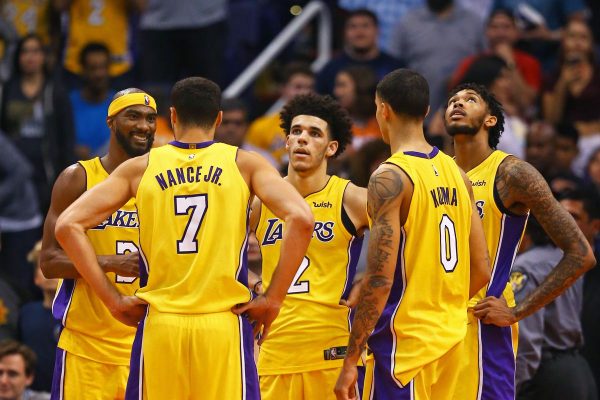 While the NBA trade deadline on Feb. 8 ended with a flurry of deals for the Cleveland Cavaliers, it appears that they aren’t quite done when it comes to getting their roster prepared for the playoffs that begin in April. The prospect of the team adding veteran swingman Corey Brewer is reportedly under consideration now that he’s accepted a buyout from the Los Angeles Lakers.

Corey Brewer expected to take his time in deciding his next spot after his Lakers buyout, I’m told. Cavs, Wizards, Portland, Bucks have shown some interest already, but Corey wants a legit role.

Brewer was quoted by Tania Ganguli of the Los Angeles Times concerning his reasons for accepting the buyout on Wednesday:

Whether or not the Cavaliers can meet Brewer’s playing time request might be a potential sticking point. That’s because Cavs head coach Tyronn Lue is still trying to blend in the team’s four newest players that were acquired in those deadline deals.

While the Cavaliers are definitely considered a playoff team, they may also face competition from the Oklahoma City Thunder for Brewer’s services. That’s because the 11-year veteran still has a close relationship with Thunder head coach Billy Donovan, who he played for at the University of Florida.