Don't Miss
Home / Media / LeBron James: ‘All I Care About Is Raising Banners, Nothing Else’

LeBron James: ‘All I Care About Is Raising Banners, Nothing Else’ 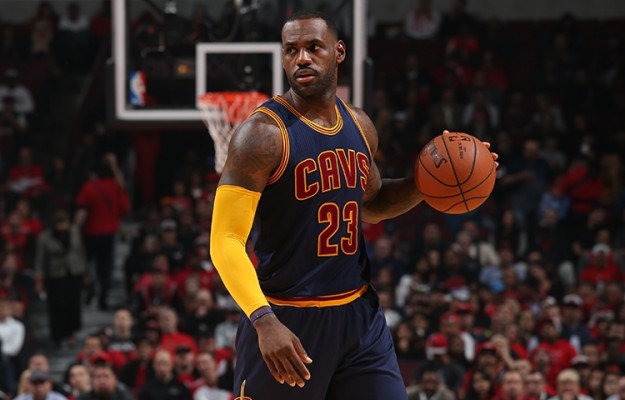 A meeting held by Cleveland Cavaliers‘ players to lay the groundwork for the upcoming season took place on October 17, but wasn’t disclosed until Wednesday.

The cause of the meeting was the belief by some of the team that some players weren’t taking the challenge of entering the season as favorites to win the 2016 NBA title. LeBron James, who called the meeting, told his teammates that they needed to start focusing on that goal.

Jason Lloyd of the Akron Beacon Journal also indicated that the underlying message from James with regard to the meeting was a simple one:

LeBron called a team meeting recently to deliver a direct message: "We have enough. No matter what." Final thoughts: https://t.co/T8ZU2b06hD

Players like Kevin Love also offered his critique of the meeting:

“We had a talk the past few days about how I went down, Kyrie went down,” said Love. “There’s moments where guys have to be ready to step up.”

Newcomer Sasha Kaun was the only other player offering insight on the get together:

“[We were] just making sure everybody is doing the right thing and having the right goals in their heads,” said Kaun.

The need to put out maximum effort from the start of the season was reinforced during the meeting by noting that two key members of the team’s backcourt, guards Kyrie Irving and Iman Shumpert, will likely not be available until January due to injuries. Even when they do return, a certain period of adjustment will need to take place to establish the chemistry that James and others hope will lead to the franchise’s first NBA title.

Speaking to the Cleveland Plain Dealer, James was equally blunt about his goals over the next few years:

“All I care about is raising banners,” said James. “Nothing else. That’s what I’m here for.”

The Cavaliers dropped their opening game on Tuesday night, 97-95 to the Chicago Bulls, and will remain on the road for a contest against the Memphis Grizzlies on Wednesday night.