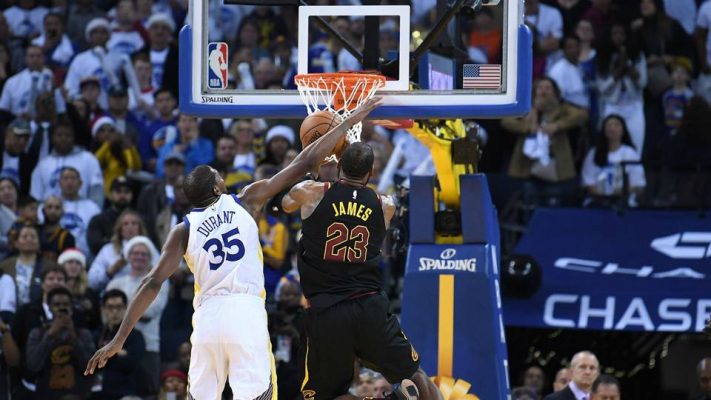 LeBron James made news on Sunday when he used his postgame interview to discuss the lack of foul calls he received in the Cleveland Cavaliers‘ loss to the San Antonio Spurs.

While some have come out to criticize James’ stance, others have stood up to defend it. One person who is defending James is his former teammate Mike Miller, who joined ESPN’s “The Jump” to share his thoughts on James’ comments.

“I’ve actually always felt this,” Miller said. “Even when he was shooting seven or eight free throws in a game, I don’t think he was shooting enough. It’s hard to ref him. He’s always wanting to create contact, he’s always going to the hoop. He’s physical, he’s big. Usually people are mad when he gets calls. He doesn’t get enough calls in my eyes.”

James’ criticism of NBA officiating comes during a season where he is averaging just six free throws a game, the lowest since his rookie year in the 2003-04 season. It also comes in a season where the four-time MVP is playing some of the most aggressive basketball of his career.

“There has been some changes in the officiating, with the way game is being played,” Windhorst said. “The officials are having to go farther away from the basket. … But LeBron’s statistics indicate he has never been as aggressive in scoring in the paint as he is this year.

“For him to average his lowest free throws in 14 years, when he’s never been so aggressive … I think we’re going to continue to hear about this.”

James will get the chance to see if his postgame comments did anything to change the way refs are calling fouls on Tuesday night when the Cavaliers host the Brooklyn Nets.