Don't Miss
Home / Media / Patrick Beverley: ‘Any Team LeBron Is on Is a Lock to Come Out of Anywhere’

Patrick Beverley: ‘Any Team LeBron Is on Is a Lock to Come Out of Anywhere’ 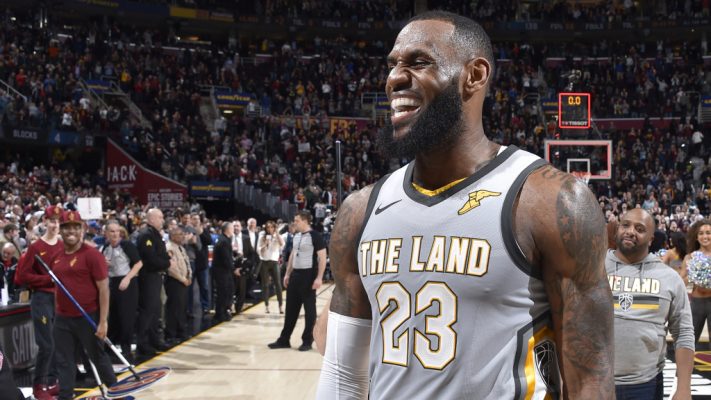 Everything appears to be back to normal in the Eastern Conference once again with the Cleveland Cavaliers on a four-game winning streak. The turnaround for the Cavaliers happened just a game before the trade deadline and was accelerated as soon as six players were removed from the roster and locker room.

Almost everyone is singing the Cavs’ praises these days after lopsided wins versus the Boston Celtics and Oklahoma City Thunder.

But ESPN’s Will Cain is not everyone and the Los Angeles Clippers’ Patrick Beverley disagrees with him.

Beverley vehemently disagreed with Cain who appeared on ESPN’s “First Take” after he argued that the Cavs were not a lock to win the Eastern Conference.

@stephenasmith I’m convinced that @willcain knows nothing about basketball!!! Nothing!!!! Just reading stats!!!

The two went on to debate on Twitter, with Cain saying he would like to have him on “The Will Cain Show” so he can explain his side further. Beverley has been out for the season since November following surgery on his right knee.

Here’s what Beverley had to say:

Beverley also added that teams aren’t preparing for the Boston Celtics or the Toronto Raptors in the East. They’re preparing to face LeBron James and the Cavaliers.

The Clippers point guard may be stating something that players in the locker room have been saying about the four-time MVP for the longest time—that James can carry any team to the Finals. All he needs, Beverley says in the video, are very good role players.

If the past three games are of any indication, James doesn’t need superstars around him to win. And that may be the key to the Cavs making it to their fourth straight NBA Finals.