Why LeBron James Is the Modern Day Don Quixote 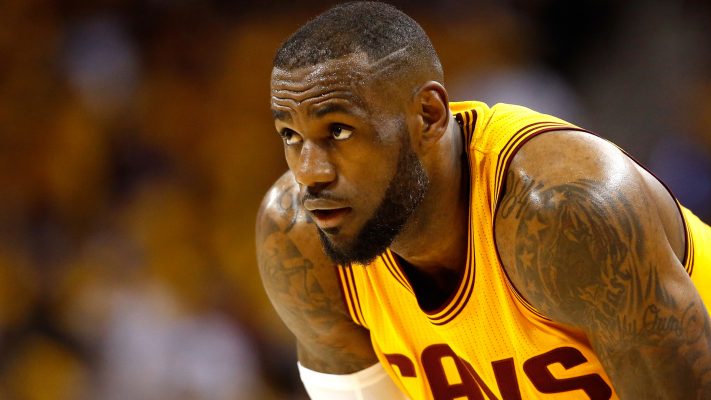 The Ingenious Gentleman Don Quixote of La Mancha is a 400-year-old book published by Miguel de Cervantes and has been called the best literary work ever written. And the lessons that the book teaches us still hold up in 2016. In fact, the principles of the novel are likely more relevant now than they were in 1615.

Basically, Quixote is a senile old man who gets lost in the many chivalric romance stories that he reads, and decides to become one. He loses his sanity and sets out to bring justice to the world and believes that he can bring chivalry back simply by acting like a knight.

On the basketball court, LeBron James is Don Quixote.

For 13 years in his NBA career, James has made the right play regardless of the outcome. He’s been on a journey to prove that one man is not greater than the sum of a team, he’s trusted his teammates and his coaches when it hasn’t made any sense, and he’s played basketball the right way when all of society stated he should play it differently.

In his first stint with the Cleveland Cavaliers, the heaviest critics brought up the notion of a “clutch gene” and how James seemed to not possess the ability to close games. He consistently passed up average shots at the end of games for great shots from less-talented teammates.

But what those critics didn’t understand, and probably still don’t, is that James was on a quest to civilize our basketball knowledge. In a time when players like Kobe Bryant, Dwyane Wade, Michael Jordan and Allen Iverson always took the final shot, James opted instead to always make the right basketball play.

It was his fatal downfall, some said, and was the reason that he would never reach the pantheon of basketball greatness.

Then just under two weeks ago, he tore all of those notions down by continuing on his endeavor against the greatest regular-season team of all time, the 73-9 Golden State Warriors. James defeated the Warriors in seven games and brought home a championship to a city and region that had been starved of one for 52 years, all by being Quixotic.

In Game 5, James scored 41 points, but generally took a back seat in the fourth quarter to point guard Kyrie Irving. Was this because James was scared of the moment or didn’t possess an “it” factor? No. It was because Irving was simply unstoppable during those 12 minutes and it was the right choice to make, regardless of selfish ambitions.

Then in Game 7, James’ signature play was not a dagger shot. It wasn’t a thunderous dunk or an acrobatic layup. It was a chase-down block on Warriors forward Andre Iguodala with just around two minutes left to play. James was clocked sprinting at just over 20 miles per hour and came from out of nowhere to make a play that nobody else could make.

And then a few possessions later, he simply provided a little bit of spacing so that Irving could knock down the game-winning 3-pointer and be the hero to those who don’t know enough about basketball to claim otherwise.

James made the right play, at the right time, for all the right reasons. In moments when other players might attempt to take over on offense and win the game without help, James acted like a knight and trusted the system and the game of basketball to reward his commitment.

And while at the end of Cervantes’ novel, the mission to civilize — as the HBO show “The Newsroom” put it — eventually failed because the main character reluctantly opted for sanity, James’ ending was a little different.

He didn’t opt for sanity, he proved that his critics were the insane ones. They were insane for thinking that a man who makes the right play and does the right thing at all times couldn’t succeed.

James, like Don Quixote, may not actually be a knight, but for 13 years on the court, he’s done nothing but acted like one.

So as a compromise, let’s just call him a Cavalier.