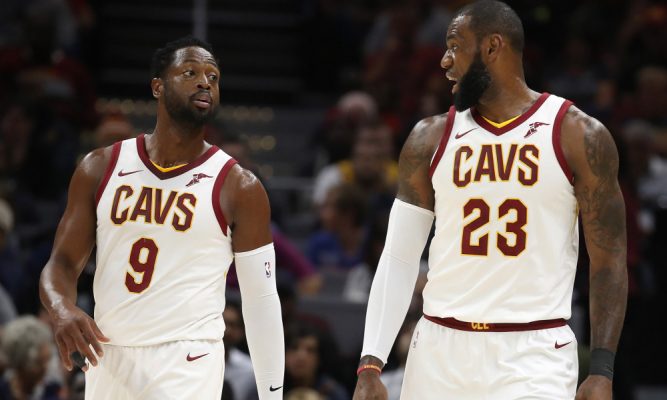 In the flurry of trades the Cleveland Cavaliers completed on Thursday, the one that might have gotten the least media attention was when they sent veteran guard Dwyane Wade back to his original team, the Miami Heat, for a second-round draft pick. However, Wade’s close friend, LeBron James, made sure to offer his thoughts on the deal via social media.

Truly happy for my brother @dwyanewade!! It’s how it’s suppose to be. Love you my guy!! #WadeCountyBack⚡️

Prior to their brief reunion with the Cavs this season, James and Wade had played together for four seasons with the Heat from 2010-14. During that time, the franchise went to the NBA Finals each year and won league titles in 2012 and 2013.

That professional relationship came long after the two developed their friendship that obviously remains. The two will be back on the court together on Mar. 27 when the Cavaliers travel to face the Heat.