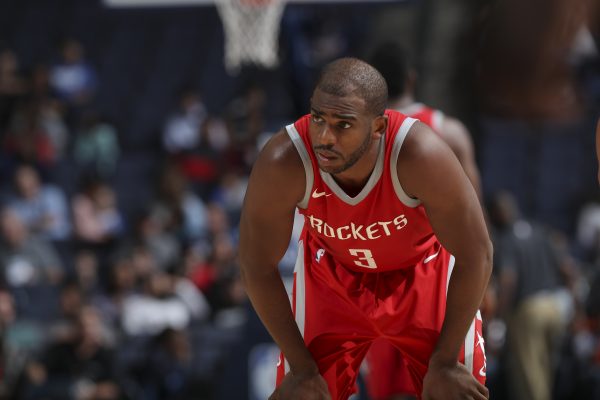 Saturday night’s loss to the Houston Rockets was just another embarrassing display for the Cleveland Cavaliers. Once again the Cavs proved that they are simply not the same team fans have grown accustomed to in recent seasons on their way to a 120-88 trouncing.

Still, despite their recent struggles, the Cavs are considered among the favorites to ultimately represent the Eastern Conference in this season’s NBA Finals. That fact is largely because of one player in LeBron James.

Following Saturday’s game, Rockets point guard and James’ close friend, Chris Paul, offered a warning to the Cavs about solely depending on James instead of equipping him with the best possible roster to succeed.

Paul’s warning had come just one day before reports surfaced that James has grown frustrated with the Cavs front office. It seems Paul has given us an inside look into James’ discontent.

In previous seasons, James could depend on both Kevin Love and Kyrie Irving to help bear the load. With Irving playing for the Boston Celtics, Love rehabbing a fracture in his left hand, and Isaiah Thomas a shell of his former self, James has quickly become the only All-Star playing for the Cavs.

With the Feb. 8 trade deadline rapidly approaching, it is unclear if Cleveland will manage to make good on any previous rumors regarding blockbuster moves to help turn its season around.

The present is quite troubling for the Cleveland faithful as the Cavaliers have limped to a 7-13 record in the last six weeks. With reports of James’ discontent gaining steam, the future may be just as distressing.

All signs have pointed to James’ interest in the testing the free agency market this offseason. Considering Paul’s statement, it seems as though James is interested in finding a team where he will once again have the surrounding cast needed to win an NBA championship.