Video: Isaiah Thomas Posts Video of Him Dunking as He Nears Debut 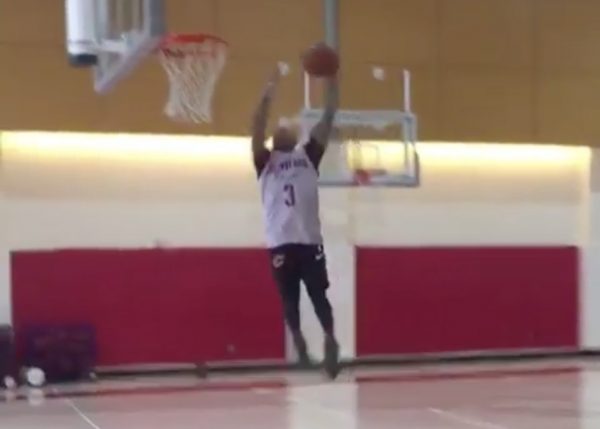 The rehabilitation of Cleveland Cavaliers point guard Isaiah Thomas has almost come to an end, with the veteran trying to get back to his 2016-17 form. During that season as a member of the Boston Celtics, he was a prolific scorer and All-Star player who was eventually forced to the sidelines by a hip injury.

The Instagram video below is an indication that the 5-foot-9 guard appears to be rounding into form:

Thomas’ size has always been held against him, beginning in the 2011 NBA Draft, when he was the 60th and last player taken. He’s subsequently used that snub to elevate his game to last season’s level, which is what the Cavaliers are expecting when he does return. That first appearance could come as early as later this week, but is expected to come by Jan. 3 — when the Cavs travel to face Thomas’ old team, the Celtics.