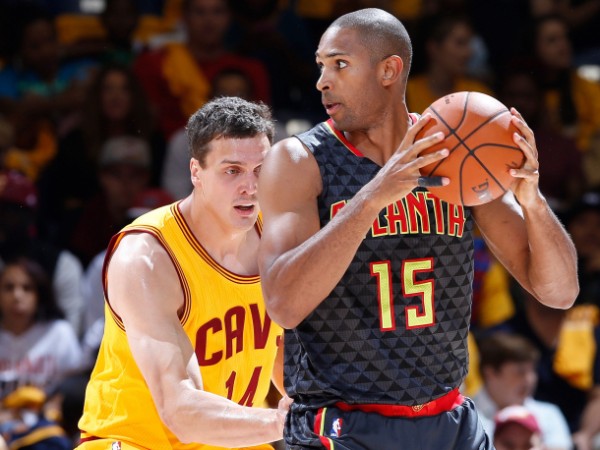 Entering the 2015-16 season, Sasha Kaun figures to be an important piece in the Cleveland Cavaliers’ puzzle.

With Tristan Thompson continuing to hold out and Kevin Love still in the process of recovering from shoulder surgery, Kaun will likely see a good number of minutes as the primary center off the bench.

With the season opener looming in a little over two weeks, the Cavaliers need Kaun to be ready.

However, according to Joe Vardon of the Northeast Ohio Media Group, the 7-foot Russian center is having a bit of a hard time adjusting to the American pro game:

“Talk to the 30-year-old about all the differences he’s seen in his first week-plus of training camp in the U.S., and he’ll mention the things almost every rookie counts as new to them: the players are bigger, faster, and more skilled. But Kaun’s analysis goes much deeper. He’ll tell you about the numerous timeouts (and the length of those breaks) in the NBA game, how they allow players – even larger ones, like him – to run the floor and run it faster than they do in Europe.”

Not only are the lengths of the court different, but the NBA three-point line is about 1 1/2 feet further in comparison to the international line.

Kaun explains why this poses a problem for him:

“I’m stopping a little bit further out to where I’m supposed to be stopping because I’ve been doing this for seven years (on a condensed floor). I’m covering the same distance in my head. I’m turning my head to look for the ball and I’m still so far away from the basket.”

Though the 30-year-old did play college basketball at the University of Kansas, he has played pro ball overseas for the past seven years.

Through the first three preseason games, Kaun is struggling to score and is having issues with turnovers. He is averaging just 2.3 points, 4.3 rebounds and 2.3 turnovers per contest.

Despite these struggles, head coach David Blatt is not the least bit concerned about Kaun:

“His game is very simplistic, so it’s not like he has to do a lot of things that would require him to adjust. He just has to get used to the size and the length of the guys and the speed of the game.”

Blatt coached Kaun on the Russian Olympic team back in 2012. As someone who knows the 7-foot center perhaps better than anyone within the Cavs organization, he has nothing but confidence that Kaun will be a valuable contributor for Cleveland in the 2015-16 season:

With the Cavs expected to advance deep in the postseason yet again, they will need a big body like Kaun to play tough defense and grab rebounds when the team needs it most versus the elite teams of the league.