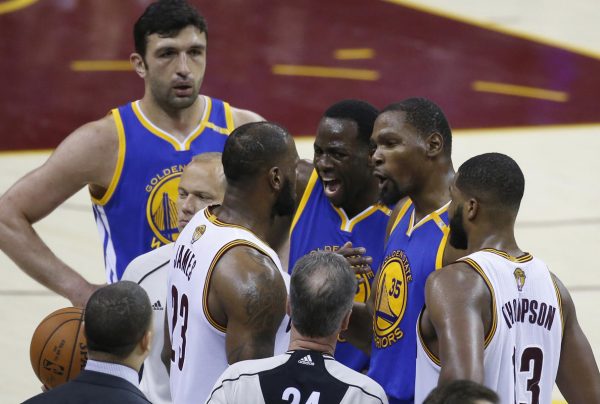 Despite the amount of media attention that’s once again focused on the Cleveland Cavaliers‘ Christmas Day matchup against the Golden State Warriors, Cavaliers guard J.R. Smith and some of his teammates aren’t putting much stock in the game’s level of importance for either team.

“We definitely over the years, especially the first couple years, grew a strong dislike for them, but I think that’s just the nature of the game,” Smith said. “The matchups and whoever you guard and schemes, that’s all going to be totally different by the time we get to the Finals, so it don’t really hold no weight.”

Vardon noted some differences in this year’s game that may tamp down such hype, including the fact that neither of the team’s starting point guards will be playing. In addition, a Cavaliers roster that was completely revamped over the offseason doesn’t resemble last year’s Finals team, while a more controversial aspect is that the Warriors reportedly don’t feel the Cavaliers are a threat.

Smith isn’t the only one voicing such comments, with LeBron James citing a simple fact:

“I think Christmas Day is a big-time day for our league…but at the end of the day, it’s one game and you want to see how you can play versus the top team in the league, one of the top teams in the league and that’s Golden State,” James said. “That’s always been the narrative of everybody else putting that out there, not us.”

Center Tristan Thompson is still getting acclimated to playing again after missing a good portion of the season so far because of a calf injury. Regarding the Golden State game, he noted how the game’s importance has evolved over time:

“The first one, the first Christmas game, coming in people were like ‘Oh, let’s try to win the game,’ but after that it’s like ‘ah, it’s just going to be a good basketball game at Christmas time,'” Thompson said. “I mean as years go on, we kind of just don’t really give a (expletive) about it no more.”

One oddity about those three consecutive holiday matchups is that the loser of the game has gone on to win the NBA title. The only other teams to play in the NBA Finals for three straight season were the Los Angeles Lakers and Miami Heat from 2004-06.