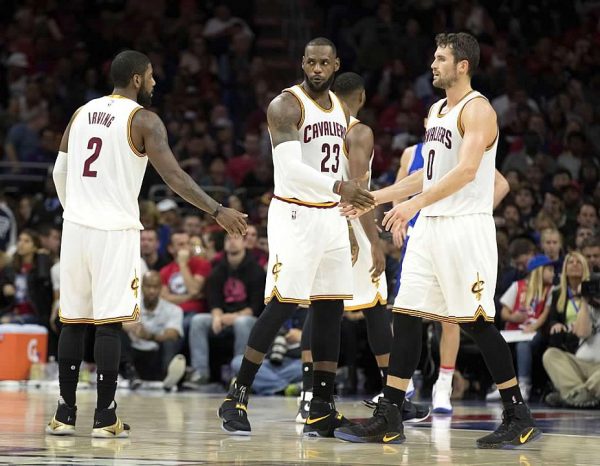 The avoidance of an NBA lockout was realized when a new collective bargaining agreement was forged earlier this week. With it comes a number of questions in the years ahead as they pertain to the ability of the Cleveland Cavaliers to maintain key players on their roster.

One key aspect of the new labor deal is what’s known as a “designated veteran player exception,” which is geared towards players in their eighth or ninth years who can sign a second max extension. Kyrie Irving is the lone Cavs player that fits that category, since both LeBron James and Kevin Love have previously signed two lengthy deals.

However, James is the key player in answering a number of the questions on the future makeup of the roster. That’s because of his status as a free agent at the conclusion of the 2017-18 season may determine what happens with both Irving and Love, who will enter free agency the following year.

Jason Lloyd of the Akron Beacon Journal notes that James could close out his NBA career with the Cavaliers by signing a five year deal:

“If James chooses to remain in Cleveland, he can sign a massive contract with an average annual value north of $40 million per year (he’s earning about $31 million this season). A five-year deal will also take him through his 20th season in the NBA.”

Prior to the new CBA, James would have been unable to get that five-year deal. That’s because the previous age limit for the conclusion of any five-year deal was 36. However, James’ status as vice president of the NBPA no doubt helped bump the age up to 38, which would be his age in 2023, when a potential five-year deal would expire.

While Cavaliers owner Dan Gilbert may have little choice when it comes to re-signing James, he would be paying a player whose total minutes played during his career could be over 55,000 by the end of next season. Whether or not the production of James can remain at a high level for another five years could make for a difficult decision.

In addition, James has spoken in the past about wanting to play together with close friends Dwyane Wade, Chris Paul and Carmelo Anthony at some point. Those other three players would undoubtedly not fit within any Cleveland salary cap, which would mean that James would have to leave to achieve that goal.

Until that time, the Cavs have two more chances to capture NBA titles. Should they accomplish a three-peat, James would be just one title away from matching Michael Jordan’s six with the Chicago Bulls during the 1990s.