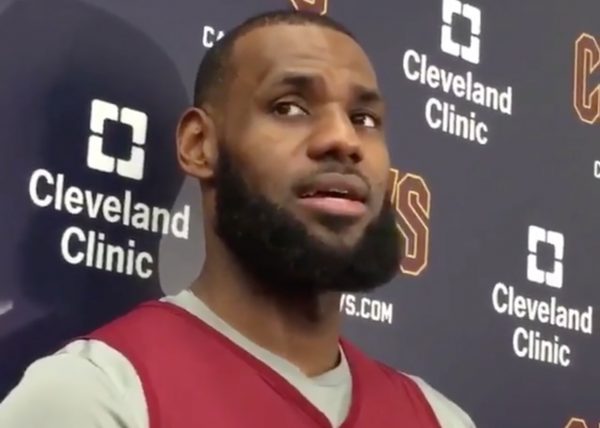 “I play a lot of NBA 2K and it’s the most realistic basketball game out there, that you could ever play,” James said. “I mix and match a lot of changes and things of that nature to see how we can be really good, so I play it. It’s pretty good.

James was then asked about how accurately he’s depicted in the video game.

No firm date has been established as to when Thomas will officially make his debut in a Cavaliers uniform. However, it appears the 29-year-old veteran will take the court sooner than the cautious team timetable that has him returning sometime in January.

In the absence of Thomas, James has put up MVP-worthy numbers and has supplied a series of clutch fourth-quarter performances. How quickly the actual chemistry between the two players is established is unknown, though both players are presumably focused on honing it in time for what they hope will be a long postseason.