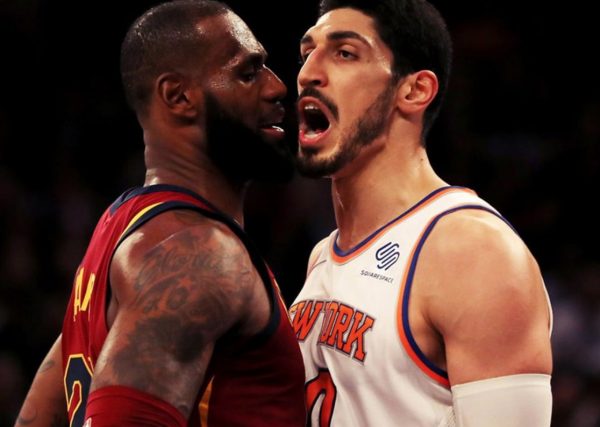 The Cleveland Cavaliers came back from being down by 23 points on Monday night as they beat the New York Knicks at Madison Square Garden, 104-101.

After Monday night’s game, although the Knicks blew a 23-point lead and their sixth loss of the season, Kanter would not stop running his mouth as he took another shot at James.

Enes Kanter, who scuffled with James: "I don't care who you are. What do you call yourself? King, Queen, Princess. Whatever you are. We're going to fight. Nobody out there is going to punk us." Wow

It’s clear at this point, James and Kanter do not like each other, however, the only thing that matters is what happens on the court, and King James got the best of Kanter and the Knicks on Monday night.

The Cavs will look to keep the momentum going as they travel to face the Charlotte Hornets on Wednesday night.