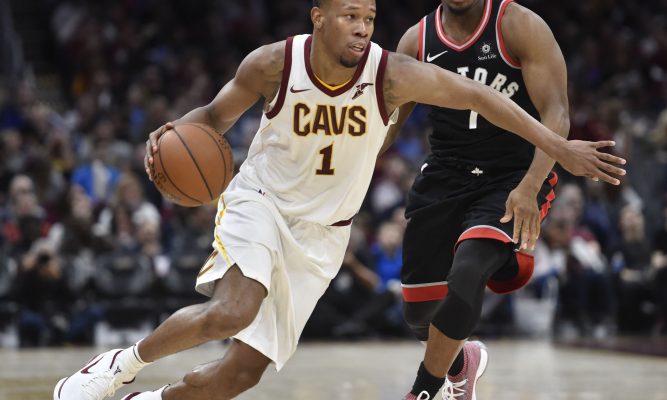 The Cleveland Cavaliers are currently focused on the free-agency news surrounding LeBron James, considering his importance to the success of the franchise. However, it appears that the popularity of another of the team’s free agents, swingman Rodney Hood, will require them to make a tough decision next month.

Per source, the #Bulls, #Pacers and #Pelicans — along with the #Cavs — are the current contenders for CLE RFA Rodney Hood. All four are in the mix for the 25-year-old wing.

The 6-foot-8 Hood was acquired by the Cavaliers on Feb. 8 from the Utah Jazz as part of a roster overhaul that also brought three other players to the team in separate deals. He started 11 of the 21 regular-season games he played in for the Cavs, but was forced to deal with injuries over those final two months.

In the postseason, Hood fell out of the team’s rotation and then aggravated the situation by refusing to go into the Game 4 second-round rout of the Toronto Raptors. He quickly apologized, but saw little action until Game 3 of the NBA Finals. During the last two games of that series, Hood gave a hint of his talent by scoring a collective 25 points and grabbing 14 rebounds.

That late flourish could cloudy the picture for the Cavaliers’ front office in deciding whether or not to keep Hood. His restricted status means that the Cavs can simply match whatever deal he signs with another team in order to keep him.

Back in 2016, then-Cavaliers guard Matthew Dellavedova signed an offer sheet with the Milwaukee Bucks, with the Cavs matching it before then immediately dealing him to the Bucks. That deal was in exchange for the rights to international player Albert Miralles and $200,000 in cash, with the Cavaliers also creating a trade exception for $4.8 million.