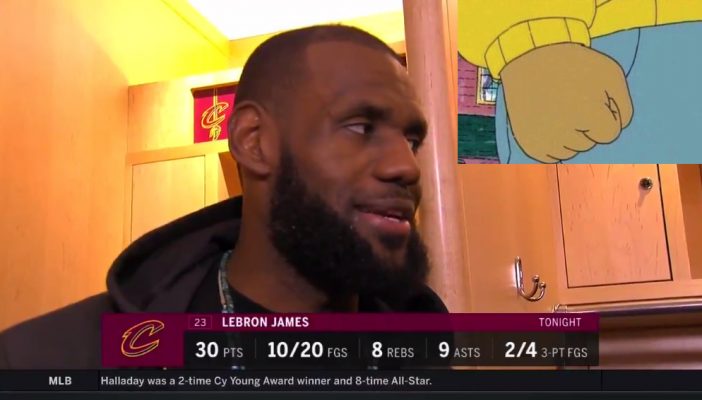 Fans and members of the press alike wondered what it meant when LeBron James took to Instagram on Monday to post a cryptic message with the widely used “Arthur” meme.

While some believed it represented James’ dissatisfaction with the Cleveland Cavaliers‘ subpar performances of late, others thought it had to do with Kyrie Irving‘s early success with his new team.

Thanks to ESPN’s Dave McMenamin, we finally know the truth, well…sort of.

James always knows how to keep us guessing. There’s no way to refute his claim that the post simply represented his love for the popular cartoon and related meme, but it’s also hard to believe that there wasn’t some deeper meaning as well.

For now, we’ll just have to take James’ word for it. With Tuesday night’s victory over the Milwaukee Bucks, hopefully James is no longer feeling quite as frustrated as the post had originally indicated.