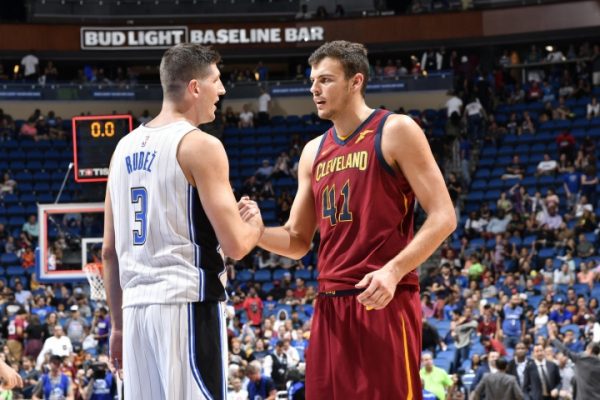 The Cleveland Cavaliers lost yet another member of their roster to injury on Thursday as it was reported that the team will be without center Tristan Thompson for about a month. The injury could not have come at a worse time as the Cavs have lost four straight games and now sit at a paltry 3-5 on the season.

In addition to Thompson’s injury, the Cavs are already without the services of point guard Isaiah Thomas, who is expected back around January and swingman Iman Shumpert, who is expected to miss a few more days with knee soreness.

However, with the sudden influx of injuries comes a silver lining as it is being reported by The Athletic’s Jason Lloyd that both rookie Cedi Osman and Ante Zizic are expected to see some playing time tonight as the Cavs take on the Washington Wizards.

Cavs head coach Tyronn Lue reportedly showed up to Capital One Arena extra early to familiarize both rookies with the team’s offense.

The two rookies have yet to see significant playing time so far on the young season other than garbage time, and the Cavs could use an extra boost off the bench. At worst, both Osman and Zizic will bring fresh legs and youthfulness that the Cavs have been so desperately lacking so far through eight games.

We’ll see if the change can give the Cavs the jumpstart they need or else it’ll be back to the drawing board for Lue and company.