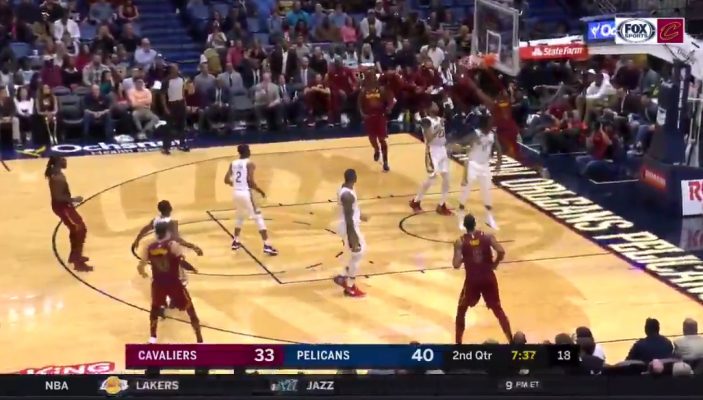 After sitting out one game with a knee injury, Cleveland Cavaliers shooting guard Dwyane Wade is back in the lineup against the New Orleans Pelicans.

So far through two quarters, the 35-year-old is having maybe his best game of the season as he is asserting himself on both ends of the floor.

Wade already has 10 points and three assists as the Cavs trail the Pelicans, and his highlight came in the second quarter when he blew past his defender to throw down a vicious two-handed dunk.

Dwyane Wade throws it down! pic.twitter.com/lCSEdjmYwU

The Cavs are looking to go 4-2 on their young season as they recently dropped an embarrassing loss to the Brooklyn Nets on Wednesday night at Barclays Center.

dwyane wadefeaturednews ticker
← Previous Story Video: LeBron James on What Advice He Would Give to Jae Crowder to Help Improve His Game
Next Story → Video: Kevin Love Goes Down Clutching Knee After Colliding With Anthony Davis