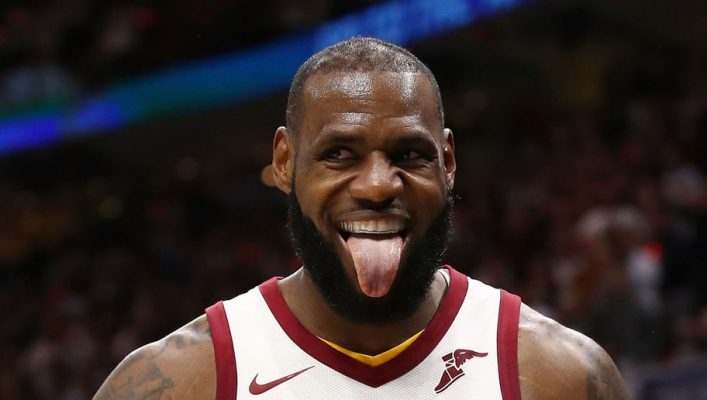 The Cleveland Cavaliers‘ 2017-18 season is young and Kevin Love is still getting accustomed to his new role as the team’s starting center. While Love may have struggled with the change earlier in his career, both he and LeBron James know that it’s this type of adversity that builds strength.

ESPN’s Dave McMenamin spoke with the two Cavs All-Stars following their season opener against the Boston Celtics, and both Love and James had a lot to say about what has changed since the two joined the Cavaliers back in 2014.

“Tonight I was just thinking, ‘All right, so I got to figure out this 5 thing,'” Love said after putting up a double double with 15 points and 11 boards on Tuesday night. “Because in practice it looks different, at least for now. Just not having many people around and gone through the plays and been there with Bron where he’s playing the 4 or Jae [Crowder] playing the 4, it just is a different feel going through it, so I just have to try to learn on the fly.”

As for James, he likened the adversity Love has faced to that of James’ former Miami Heat teammate Chris Bosh. His message was that the difficulties both players experienced early in their careers with new teams have made them stronger players, and people, in the end.

“You know what? Adversity builds character,” James said. “People s—-ing on you builds character when you realize that it doesn’t really mean anything. But it tests your character. And the ones that can get through it [grow stronger]. I’ve seen it with Chris Bosh early on when he was in Miami because it was testing his character. Because you look at both of their similarities coming from Toronto, coming from Minnesota, it’s 25 [points] and 10 [rebounds], 25 and 12, usage rates high. And it’s hard to get to that point when you got to adjust to a role where your usage rate is not as much, your numbers go down and it’s like, ‘Oh s—. Did I really make the right decision?’ And then your name is in trades and things of that nature, you get to a point where you just say, ‘Man, who gives a f—?’ I think that’s where he’s at and I think that’s why he’s so good. He finally, I don’t know when, you’d have to ask him that, but it’s like, ‘Who gives a f—? I’m here.'”

James is perhaps one of the most criticized athletes in the world, so he knows what it means to overcome and learn from adversity. As he and Love work to incorporate the many new offseason additions onto the Cavs, they will surely look to one another for strength and support all season long.