Report: Cavs Player Thinks They Would Be 30-Win Team Had J.B. Bickerstaff Coached All Season 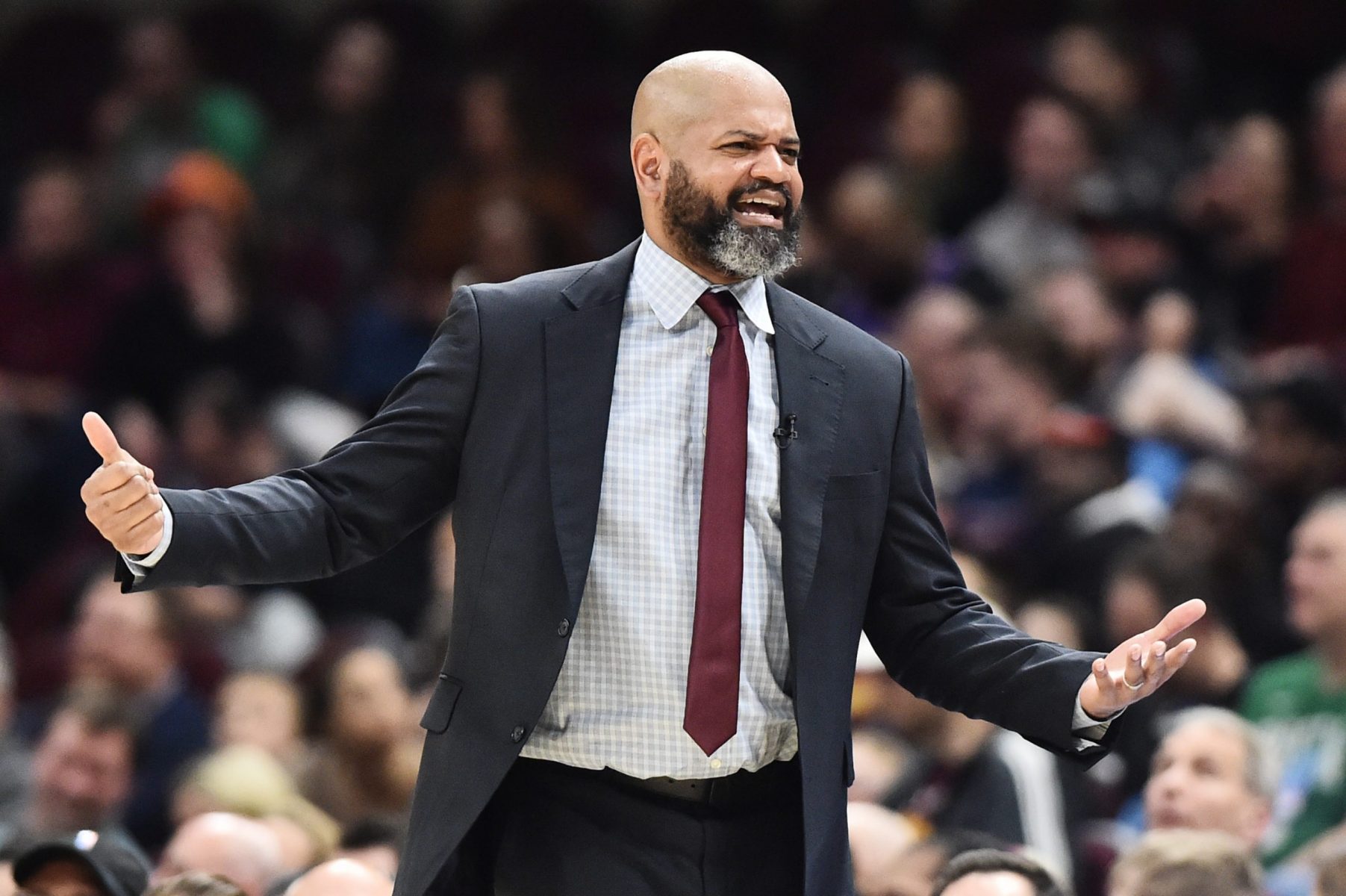 The Cleveland Cavaliers are winning games with head coach J.B. Bickerstaff at the helm.

In fact, according to Cleveland.com’s Chris Fedor, an anonymous Cavs player believes that they would have quite a few more wins had Bickerstaff been given the chance to coach the team from the start of the season.

“One player estimated that they would already be around 25 had Bickerstaff been the coach from the outset,” wrote Fedor. “That player truly believes this group had potential to be a 30-win team. That’s not their reality. It will be another season without the playoffs in Cleveland, which is better anyway because the franchise can keep its 2020 NBA Draft pick and continue to add another young, developmental building block. The roster still has a long way to go. It will change again this off-season, with Tristan Thompson, Dellavedova and Ante Zizic set to hit free agency. Drummond has a decision to make as well.”

Cleveland has won five of its last 10 games since Bickerstaff took the reins from John Beilein on Feb. 19. They were 14-40 previously with Beilein calling the shots.

On Sunday against the San Antonio Spurs, the Cavs won 132-129 in overtime to tie the franchise’s 19 wins from last season.

Additionally, they had four players record double-doubles on Sunday. It was the first time a Cavs team had achieved that feat since March 24, 1990.

The Cavaliers have clearly been more competitive with Bickerstaff leading the way. He also appears to be better than Beilein at communicating with his players on a more personal level.

“It’s night and day,” another player said about Bickerstaff’s time as Cavs coach compared to Beilein’s. “(Beilein) didn’t know how to talk to people. He couldn’t communicate.”

The Cavaliers have 18 games left on their schedule. If they continue to win at the rate that they have been lately, they have a chance to win around 28 games this season.

It’s a modest improvement from last year, but it’s much better than their outlook was under Beilein.