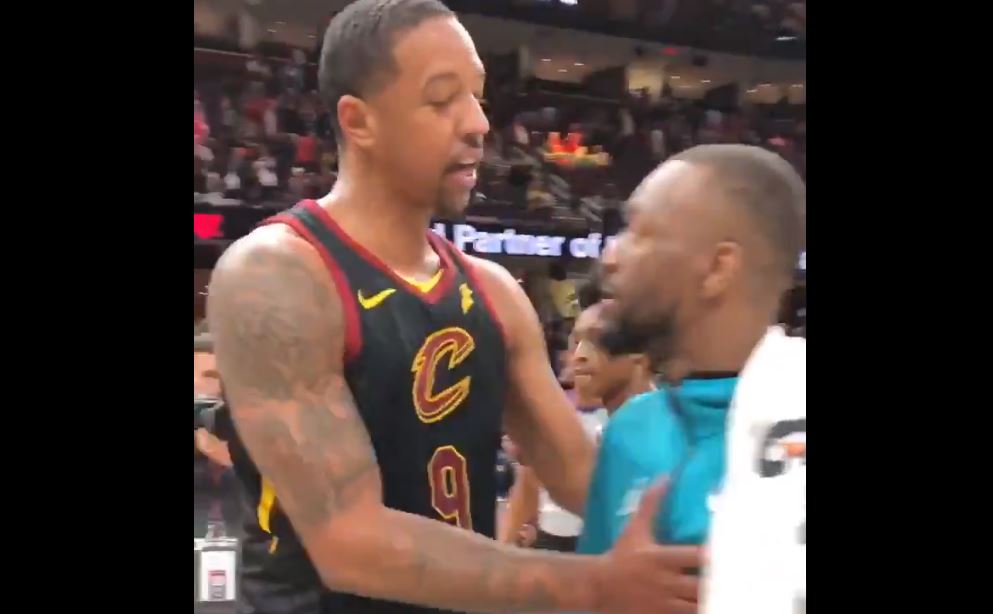 The basketball career of Cleveland Cavaliers veteran Channing Frye officially came to an end in Tuesday night’s 124-97 home loss to the Charlotte Hornets.

At the conclusion of the game, Frye was congratulated by members of both the Cavaliers and Hornets.

Frye only played seven minutes in the contest, but managed to score 10 points. That scoring total was aided by the final two 3-pointers of his career, which concludes with 1,049 baskets from beyond the arc.

One of the more amazing aspects of that amount is that in his first four seasons that were split between the New York Knicks and Portland Trail Blazers, he knocked down only 20 3-pointers.

The game itself saw the Cavaliers staying close during the first two quarters before getting outscored after the break, 60-41. They finished this rebuilding season with a record of 19-63, a mark that puts them in strong contention with the Knicks and Phoenix Suns for the top pick in next month’s NBA lottery.

For Frye, he’s expected to move into some aspect of media. During his time with the Cavaliers, he co-hosted a podcast with former teammate Richard Jefferson.