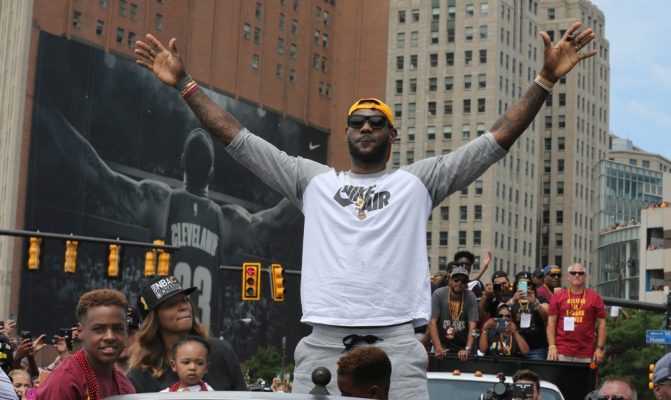 On Tuesday, GQ Magazine published an interview with Cleveland Cavaliers star LeBron James in which the publication named him the greatest living athlete on earth. In the interview, James discussed what he believes he owes the city of Cleveland and its fans.

While James has made it clear that he loves the city of Cleveland, the four-time MVP also feels that he doesn’t owe anyone anything.

His answer may come as somewhat of a surprise to fans, but it cannot be denied that his passion, commitment, and inspiration has been instrumental in turning the Cavaliers into a perennial contender in the NBA.

James himself took to social media to promote the featured article.

The Kid From Akron is the Greatest Living Athlete according to my friends over @gq. I truly appreciate the wonderful gesture and whether I am or not I just wanna inspire and empower as many people as i can while I grace this planet earth! Thank you again GQ! #StriveForGreatness?

There is no doubting what James has done for the city of Cleveland. While his future with the Cavaliers is still unknown, we can be sure that he will continue to do all he can to bring another championship to The Land as long as he’s wearing the Wine and Gold.