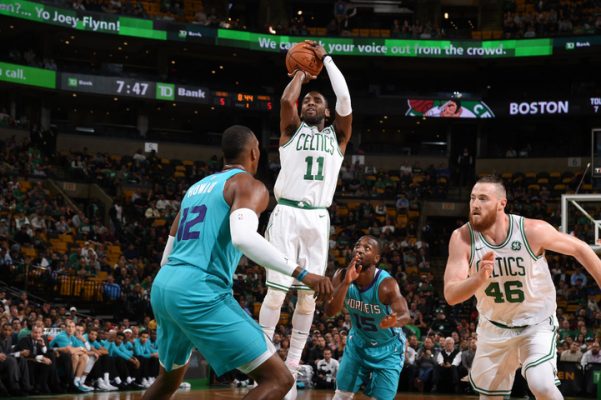 It seems that Kyrie Irving is not mincing words when it comes to comparing his new home in Boston to his past team in Cleveland.

On Thursday night, Irving was asked by ESPN analyst Jalen Rose to elaborate on the biggest difference between playing on the Boston Celtics versus the Cleveland Cavaliers.

It’s definitely interesting that the former Cavs point guard was so quick to bring up ball movement as the biggest difference between playing on the two teams, especially considering the fact that he led the Cavs in shot attempts last season and even had multiple games with zero assists.

Perhaps this is another nefarious attempt by Irving to subtly infer that the focus on former teammate LeBron James was the reason for his unhappiness in Cleveland.

Whatever the case may be, Irving gets a chance to find out if he can lead his new team against the Cavs as they get set to face off against each other on Oct. 17 at Quicken Loans Arena.